“The pursuit of passion takes courage, determination and a test of self-belief. For the next four weeks, we'll be celebrating the creative Aussies who are fearless in the pursuit of their soul-driven passions. The new and emerging Aussie talent who take on each day and make it their own. We've teamed up with four Aussies to follow them throughout their day from sunrise to sunset
To help kick us off this new video series is Steen Jones, a freelance artist and founder of Few and Far Collective, a graffiti-inspired art studio. From where he creates to where he goes to unplug, we follow Steen throughout a typical day”
“As someone who lives and breathes his work, Steen Jones is a self-described ‘artist, adventurer, dreamer and achiever.’ A fearless freelance artist and founder of Few and Far Collective, the graffiti-inspired creative uses everything from his body to murals as his canvas.”
…Thanks for the intro Bonds! So as mentioned, I was 1 of 4 Australian artists picked for the “For Aussies, by Aussies” campaign. I couldn’t believe it. As it was my first time working with Bonds (Infact, it was the first time that Bonds would collaborate with an artist) I didn’t know what to expect - but what I did learn real quick was that Bonds don’t play or do anything half-assed…
Not only did the Bonds team fly up from Sydney for the day, they brought Mushroom Creative (In my opinion one of the best agencies in Australia) with them for the day …and the “day-in-the-life” campaign quickly turned into a full in-store activation & IG take-over ha ha
That said, I owe the biggest thank you to Kedda and the Bonds team for thinking of me and the amazing opportunity. Furthermore, I would like to thank Brian and the rest of the Mushroom Creative (media) team for being so good, easy and professional to work with. As I had never worked on anything of this scale before, I was a little nervous to start …but before I knew it, it was all over and I had nothing but fun!

Select Stills & Video From The Campaign

We started at my (then) home studio (which fun fact was where I actually grew up) before heading into my bar, Deathproof. On the way, we took the long way, stopping along for a few of the random shots (this will make sense once you see the campaign video) before stopping at Crush City for some supplies.

From there it was time to “paint” - which was essentially the “hero shot” (due to the time restrictions, I had gone in the day prior and painted all the base and ground work to ensure we were in the best position for the day). Once the “work” was done, was time to grab a few drinks from the fridge and head one of my favourite spots in Brisbane, Kangaroo Point cliffs for sunset. 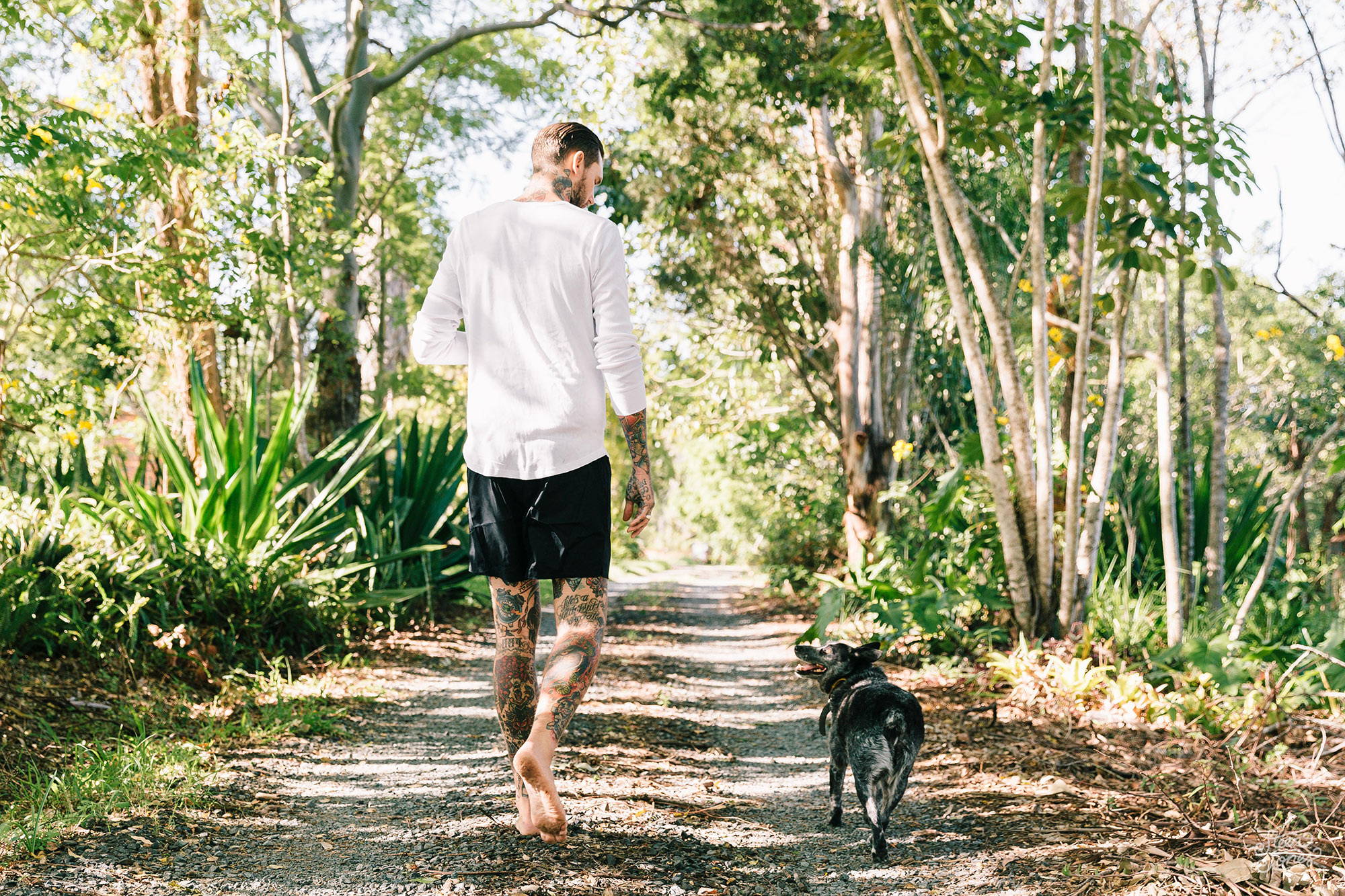 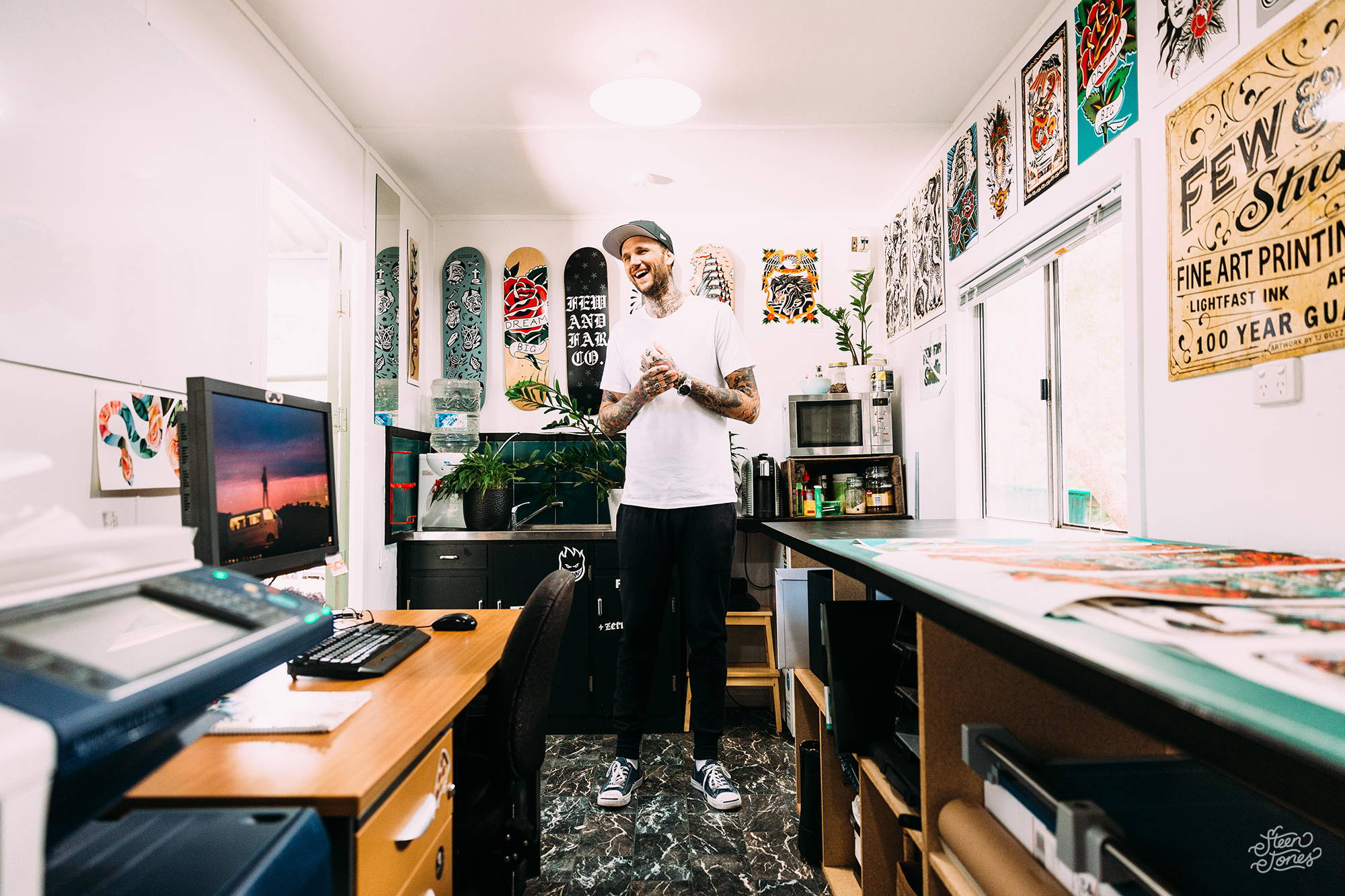 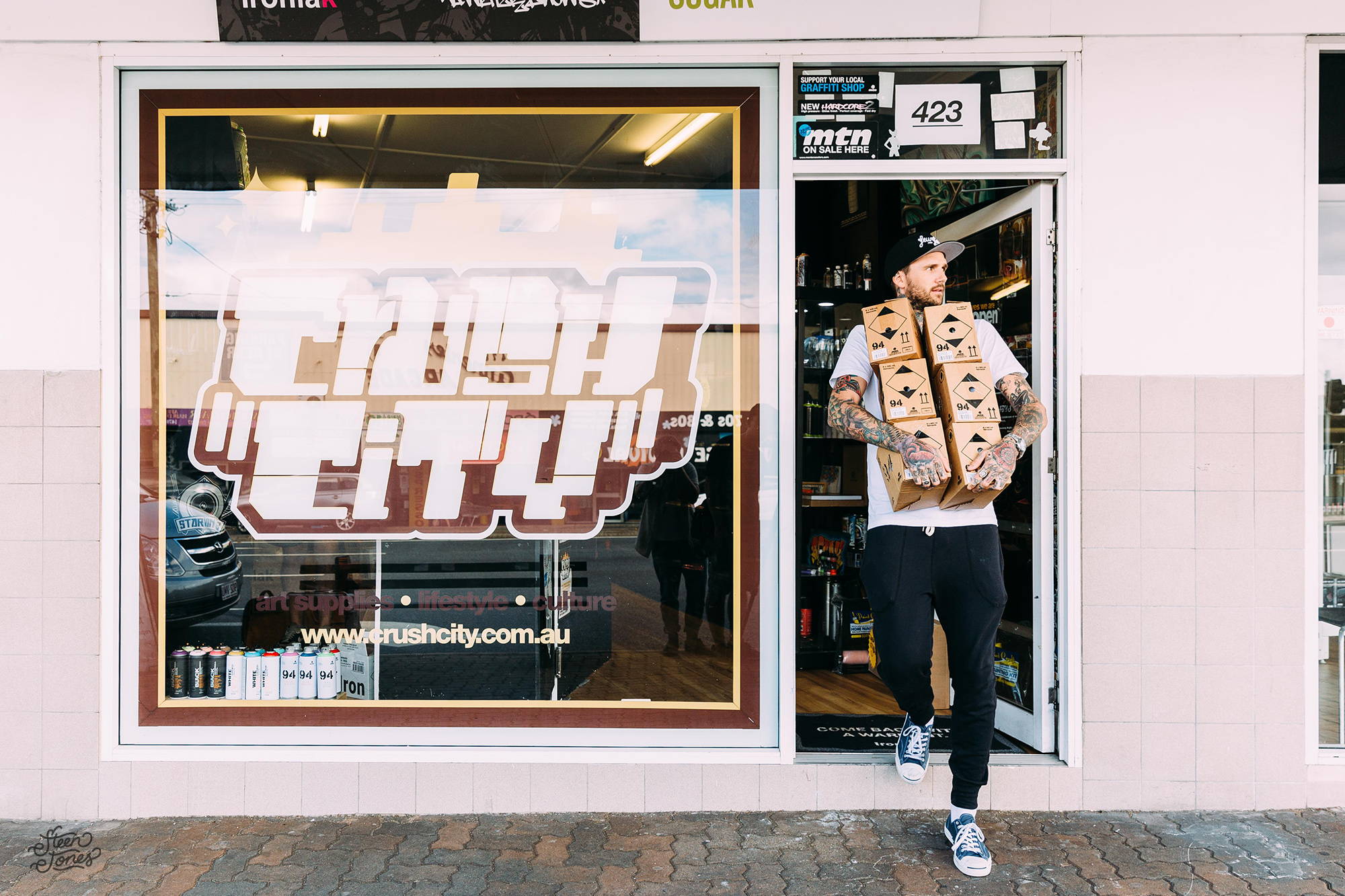 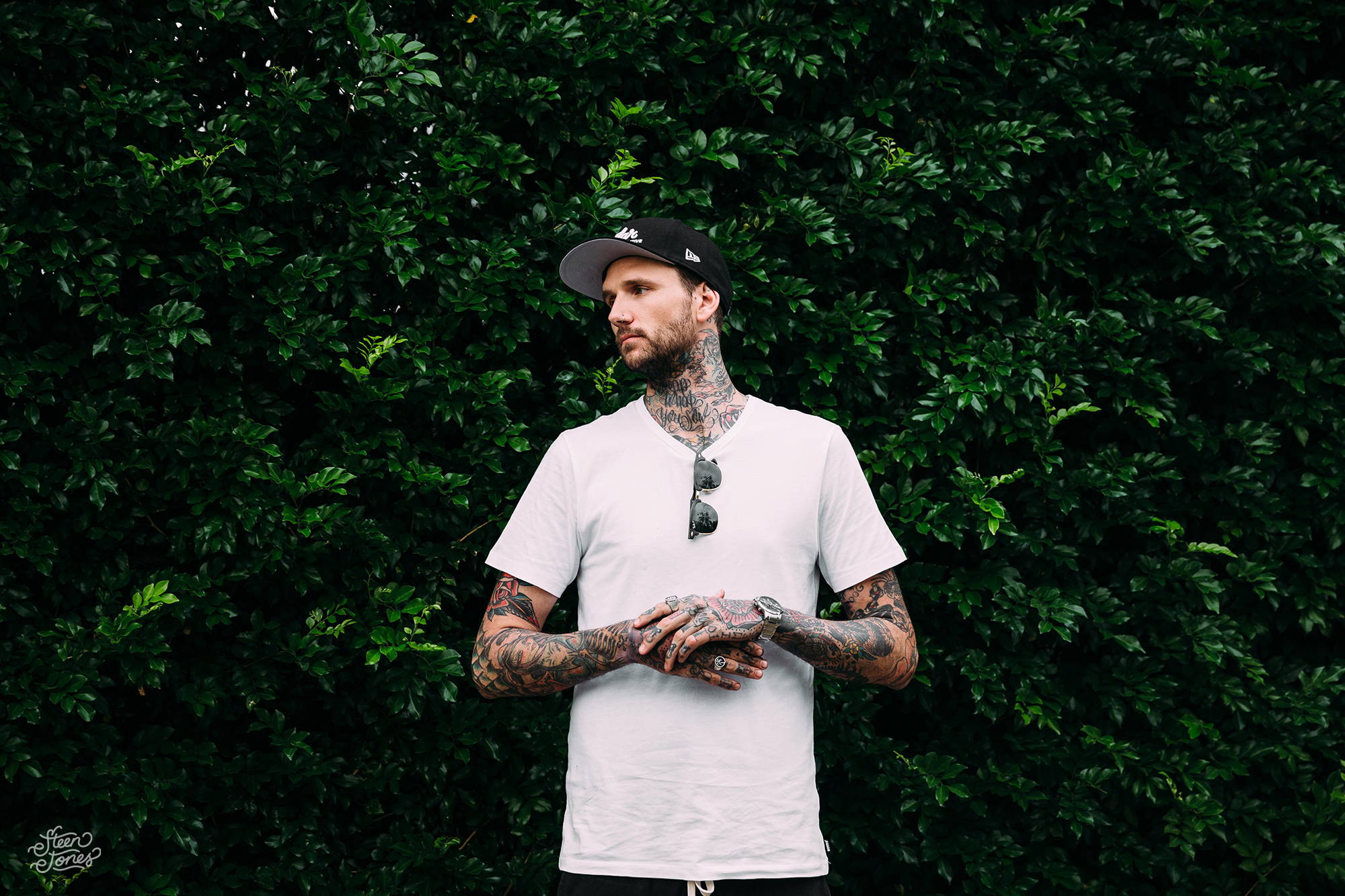 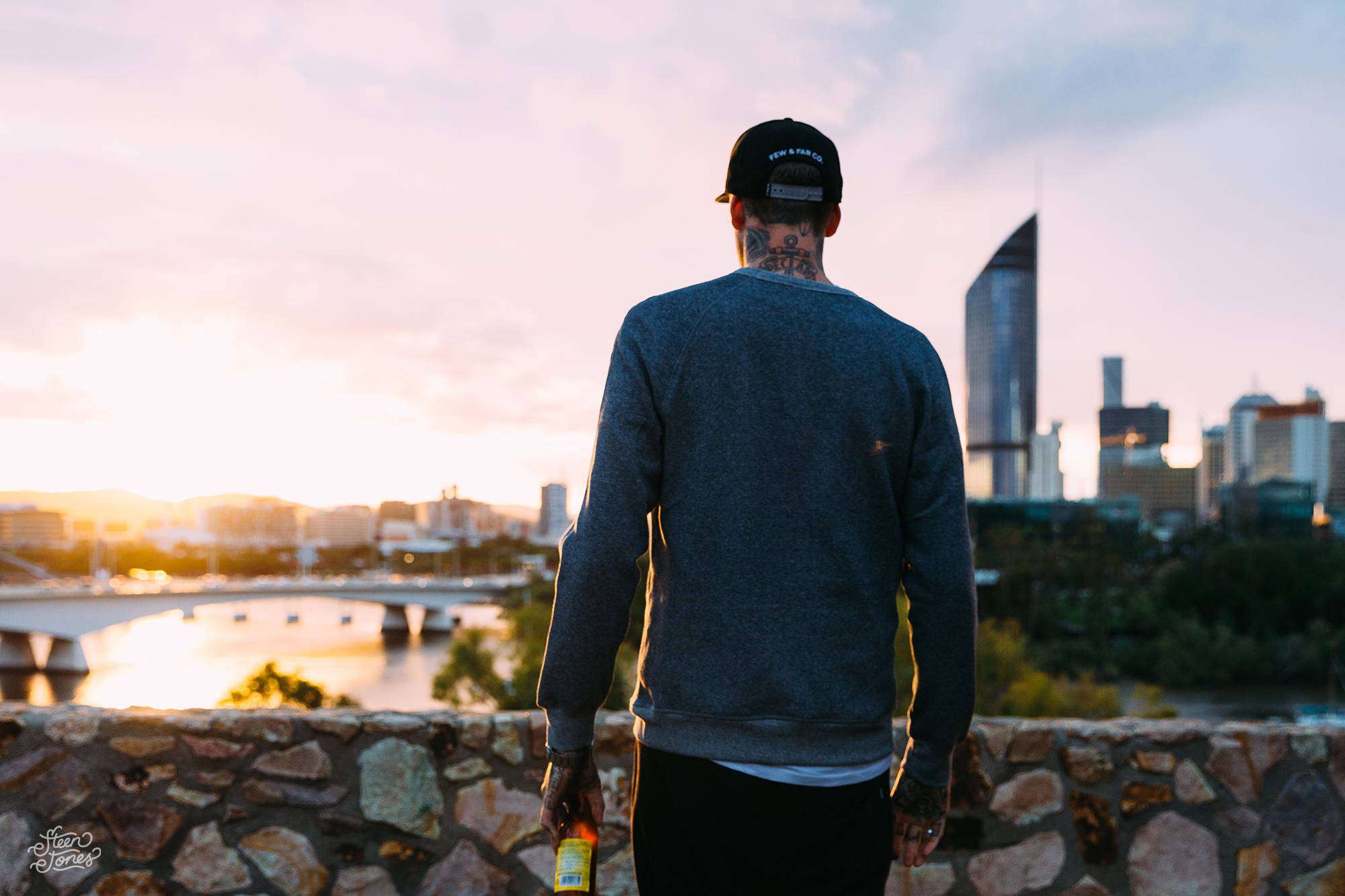 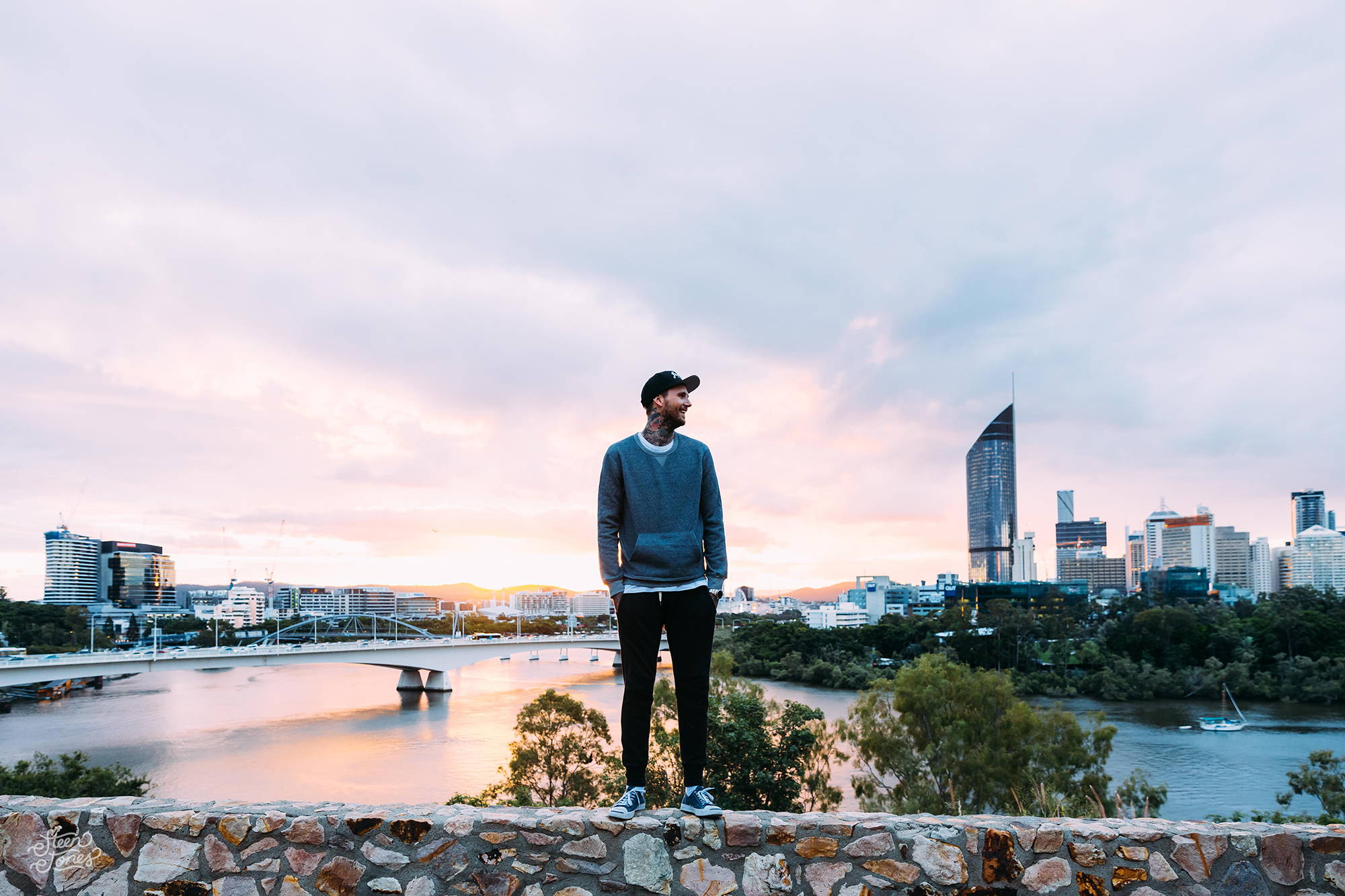 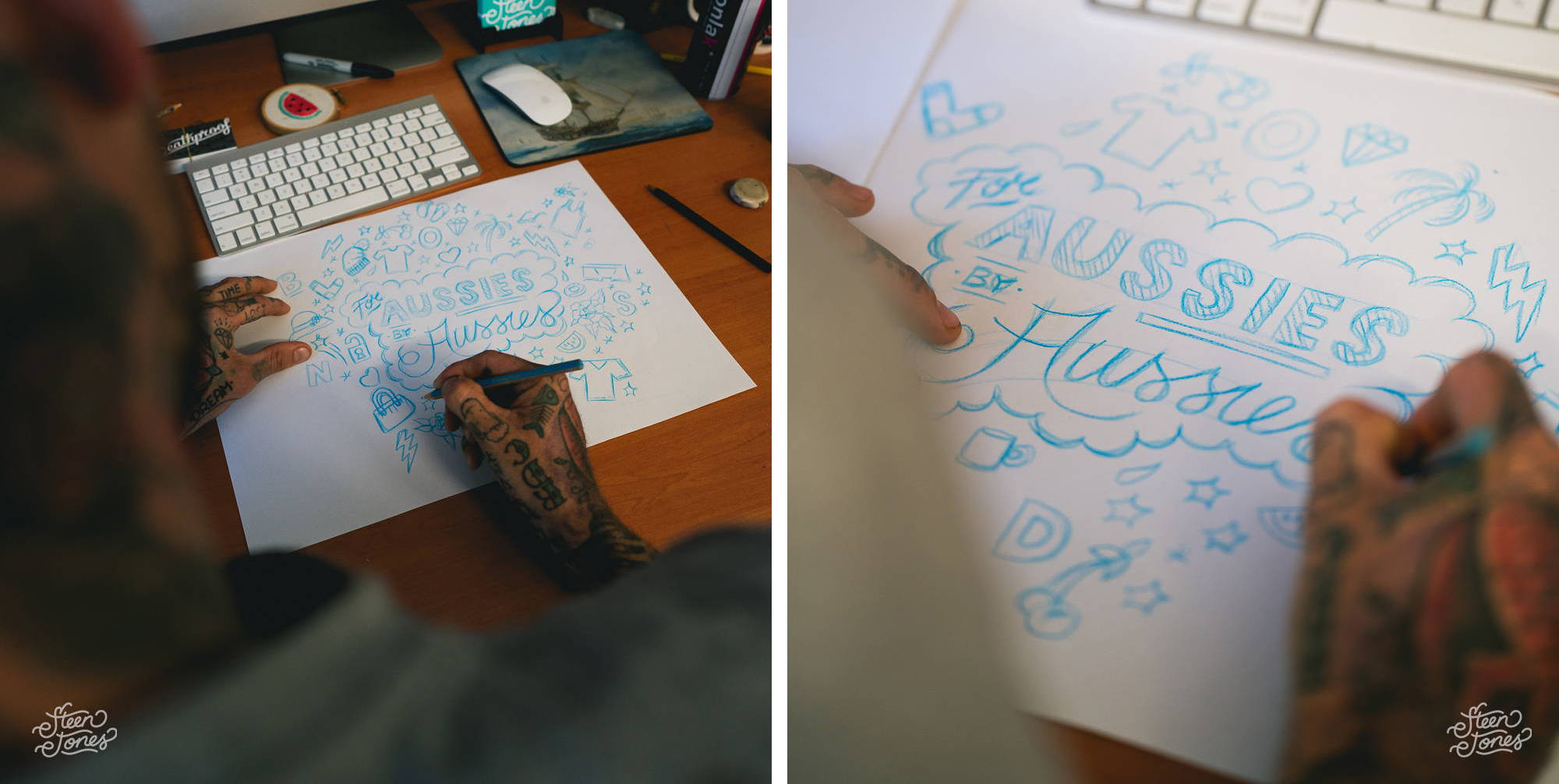 As part of the campaign was a little interview. 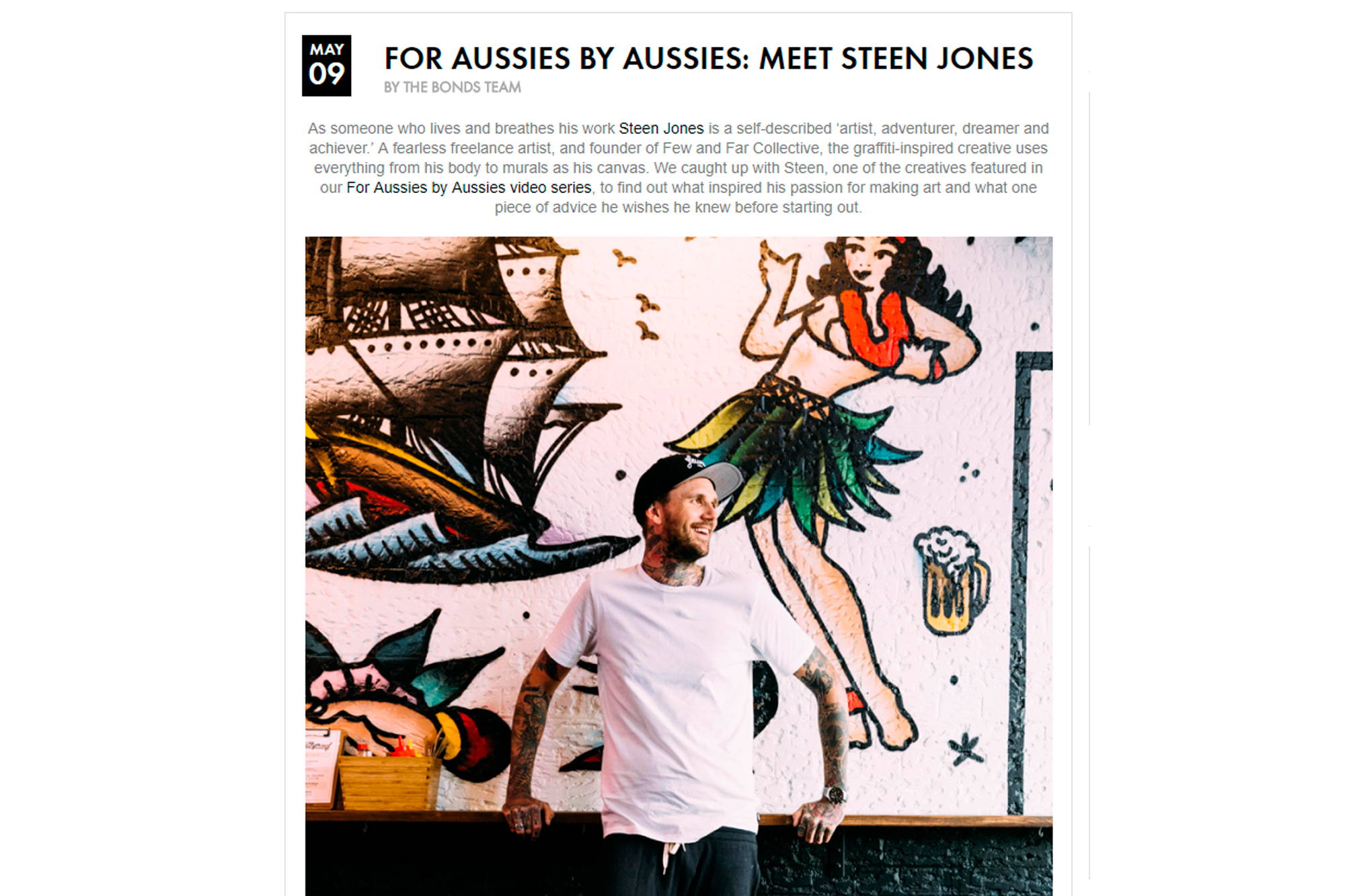 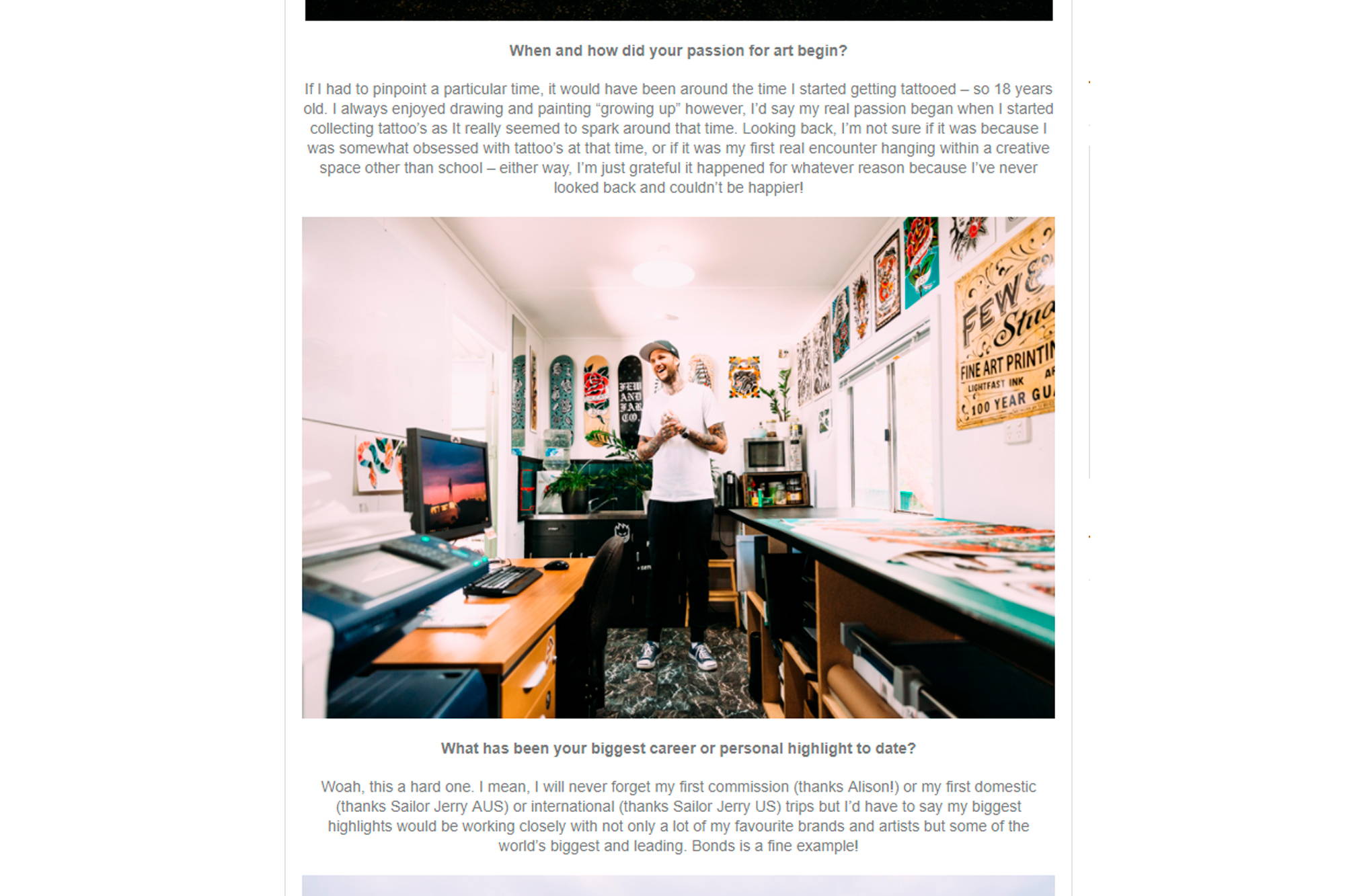 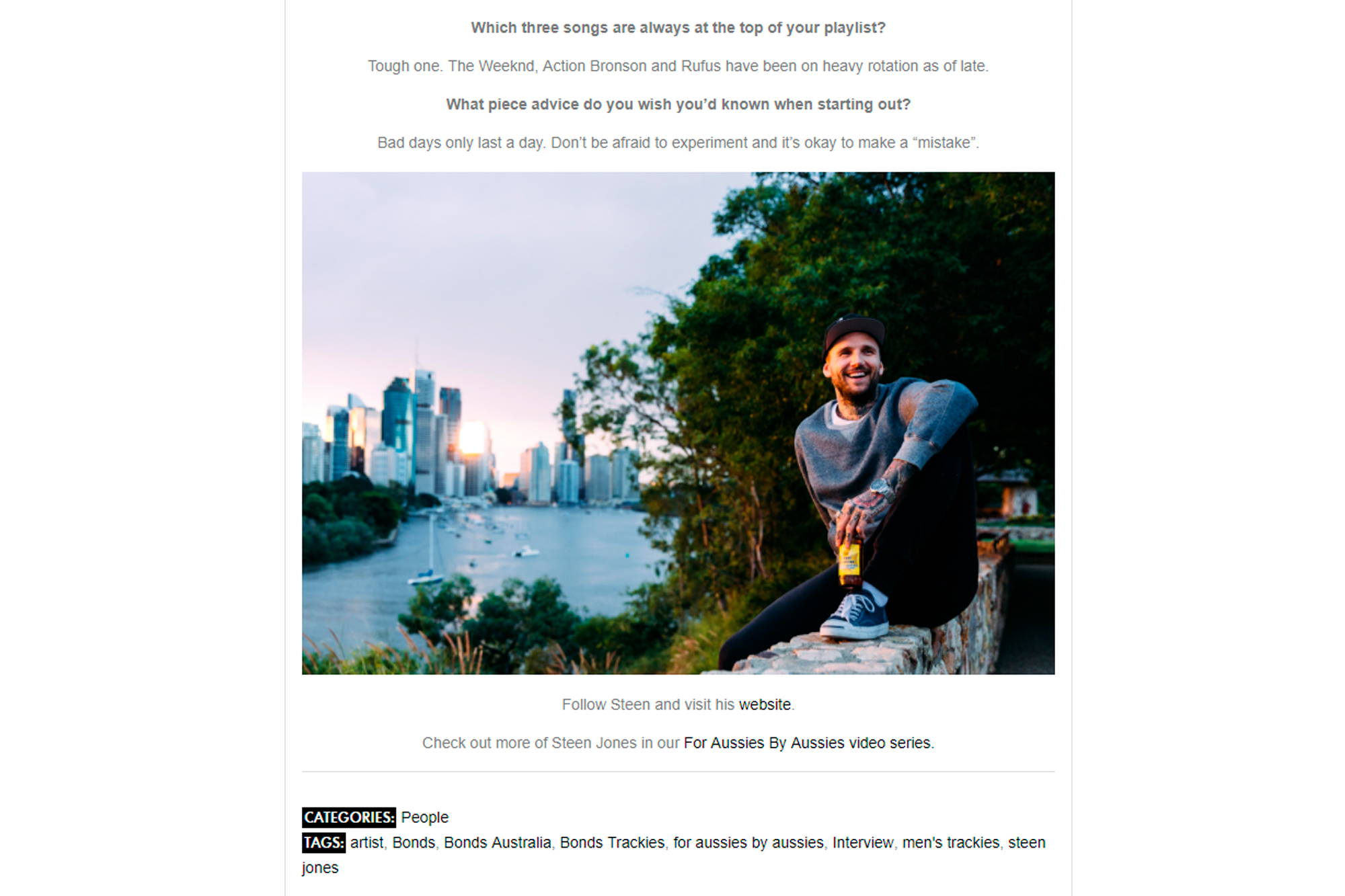 Last but not least, the in-store activation at Bonds store in Chermside Shopping Centre.

As I only had a day to get the piece done and was taking over the official Bonds Instagram for the day, I got my friend Daniel in to help. We obviously got it done and had a blast while doing it!

That said, big love to everyone that stopped by to say hello! Made my day. Much love. 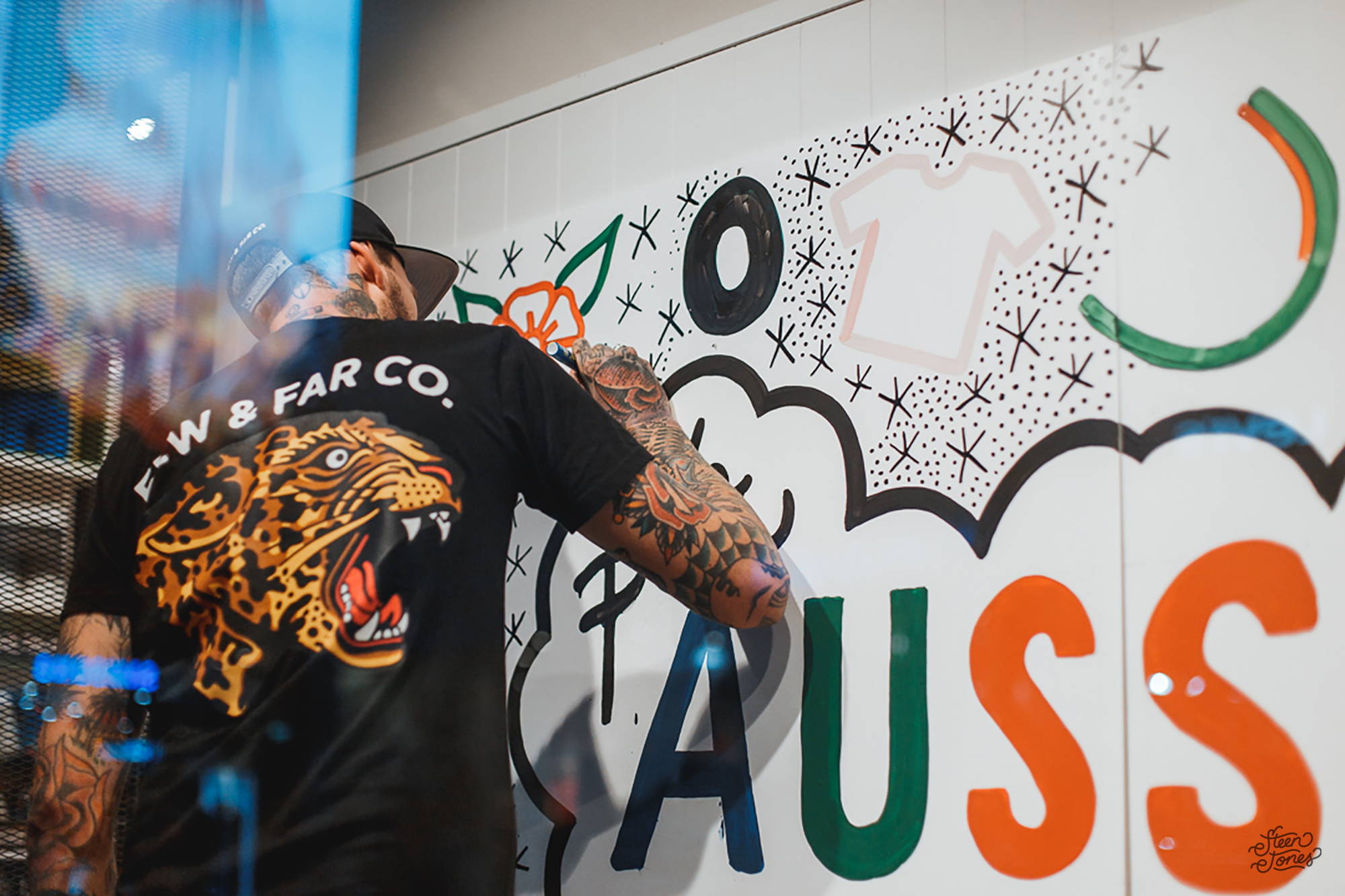 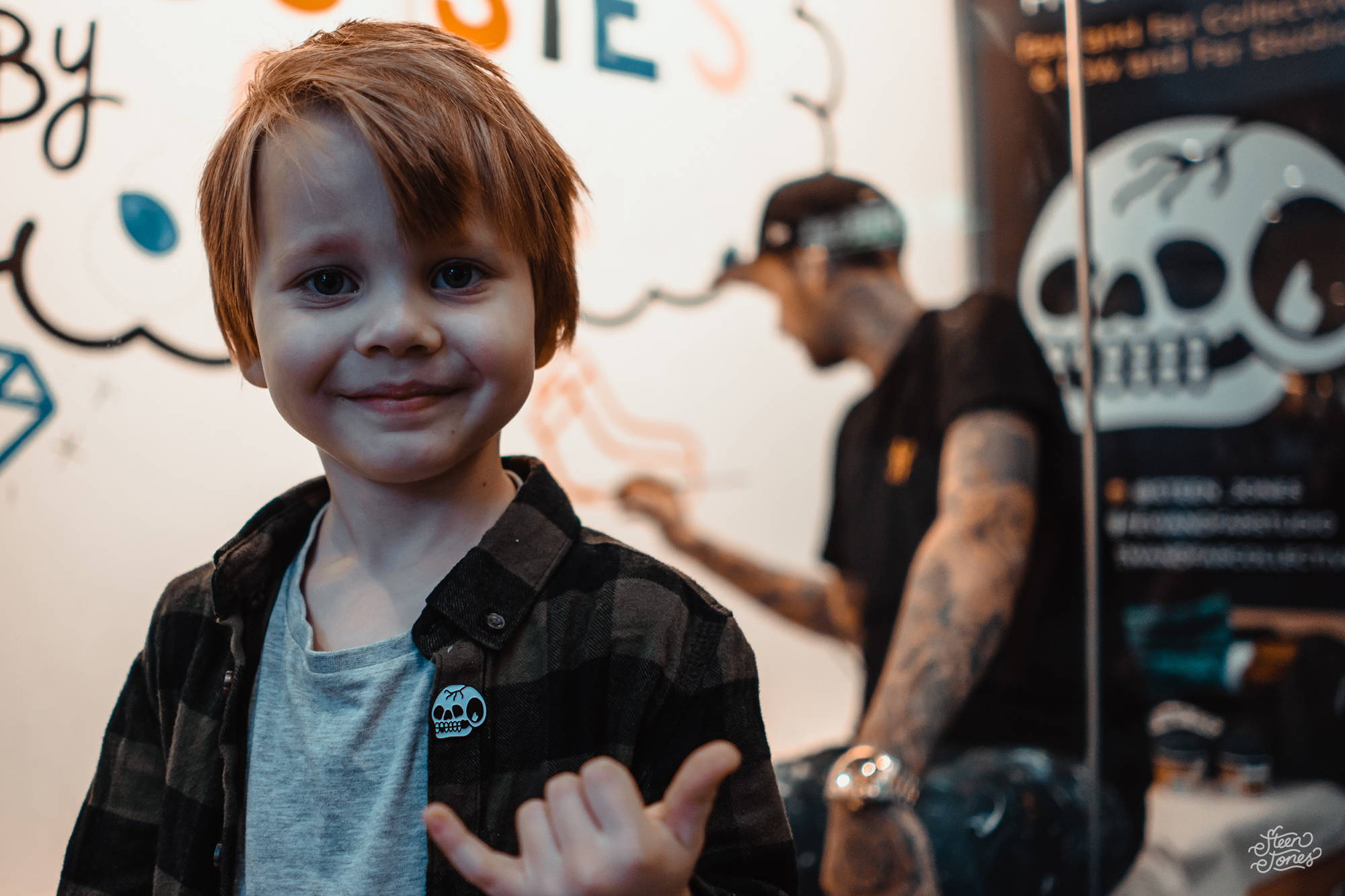 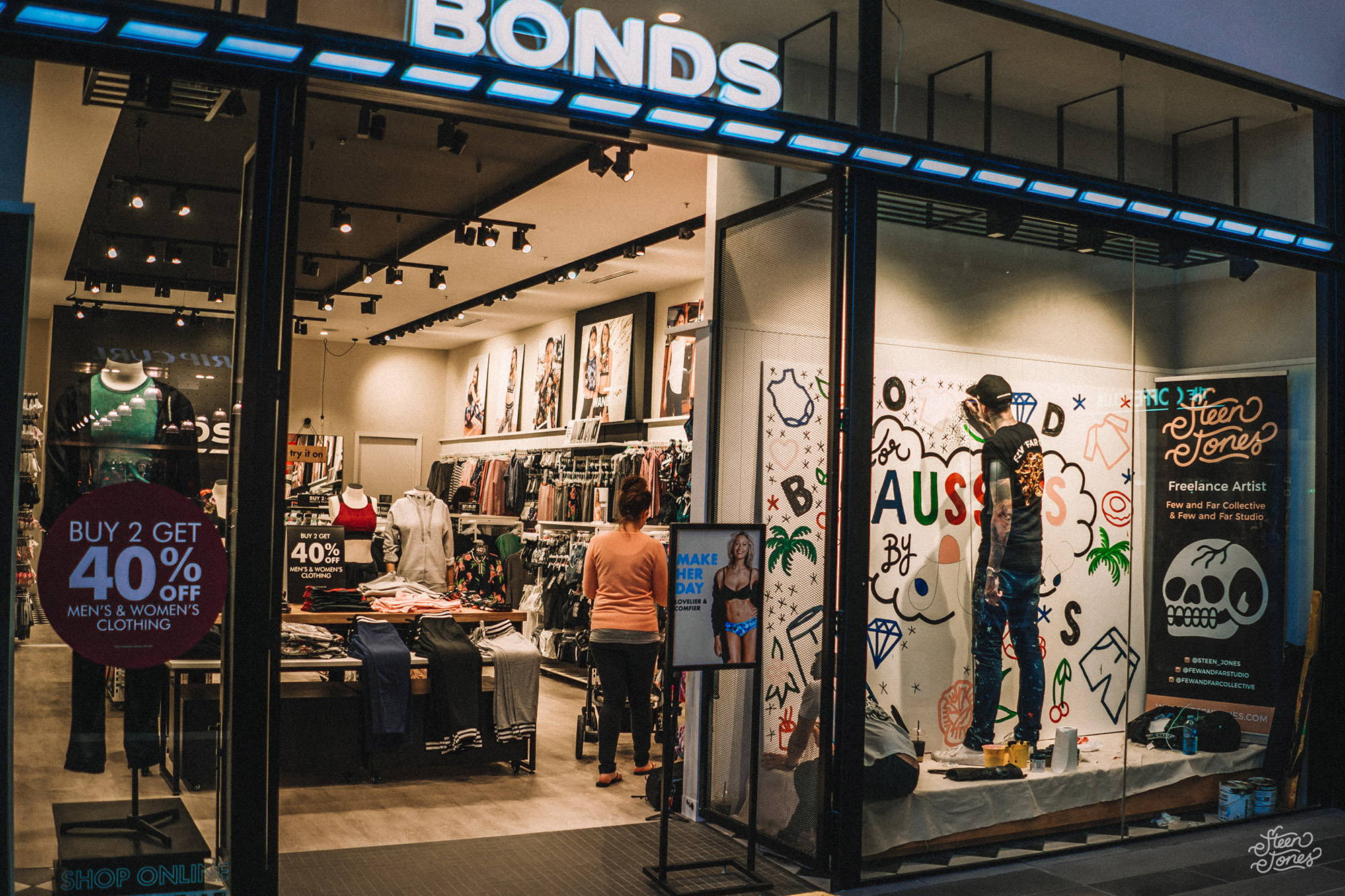 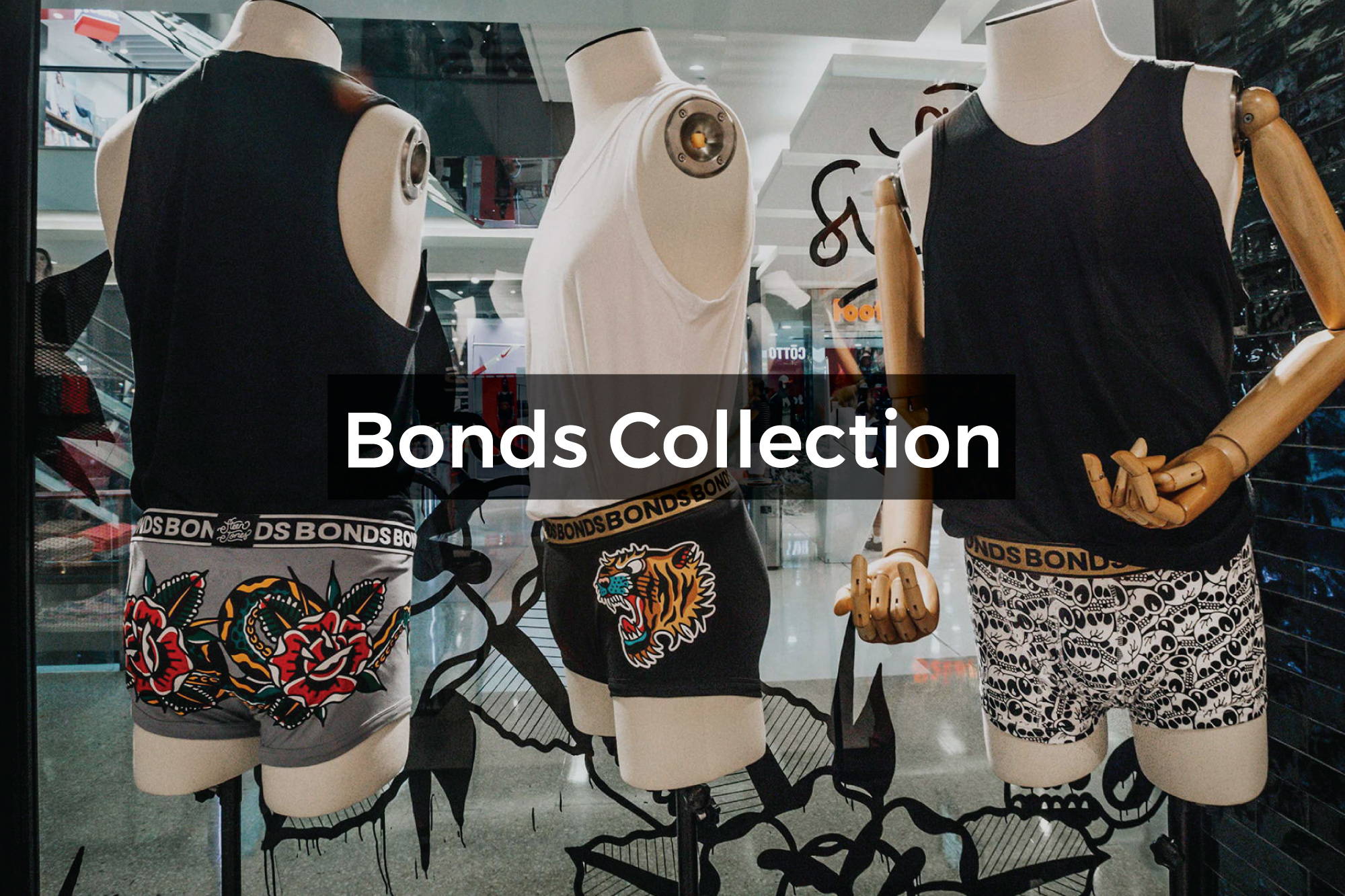 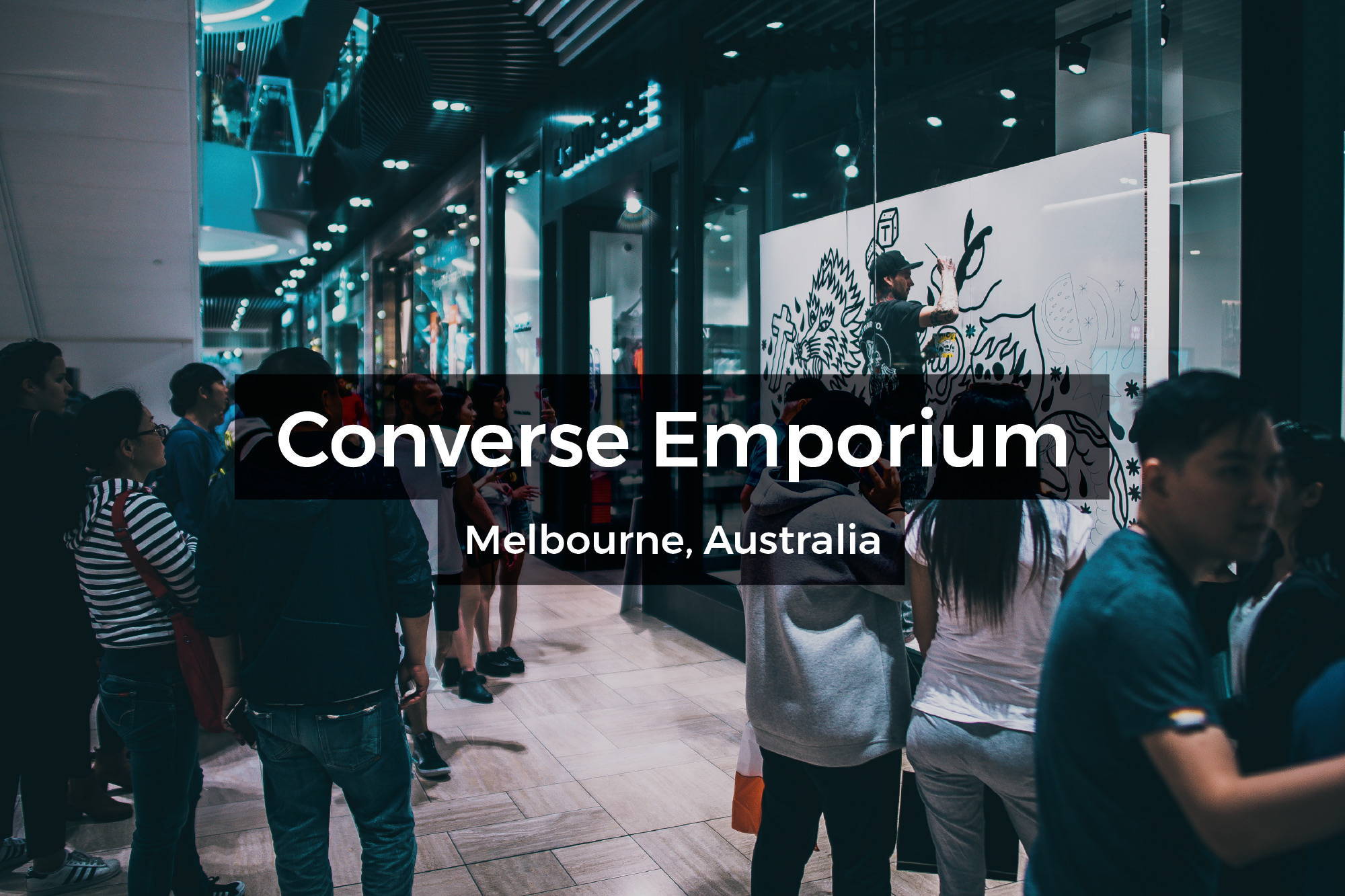 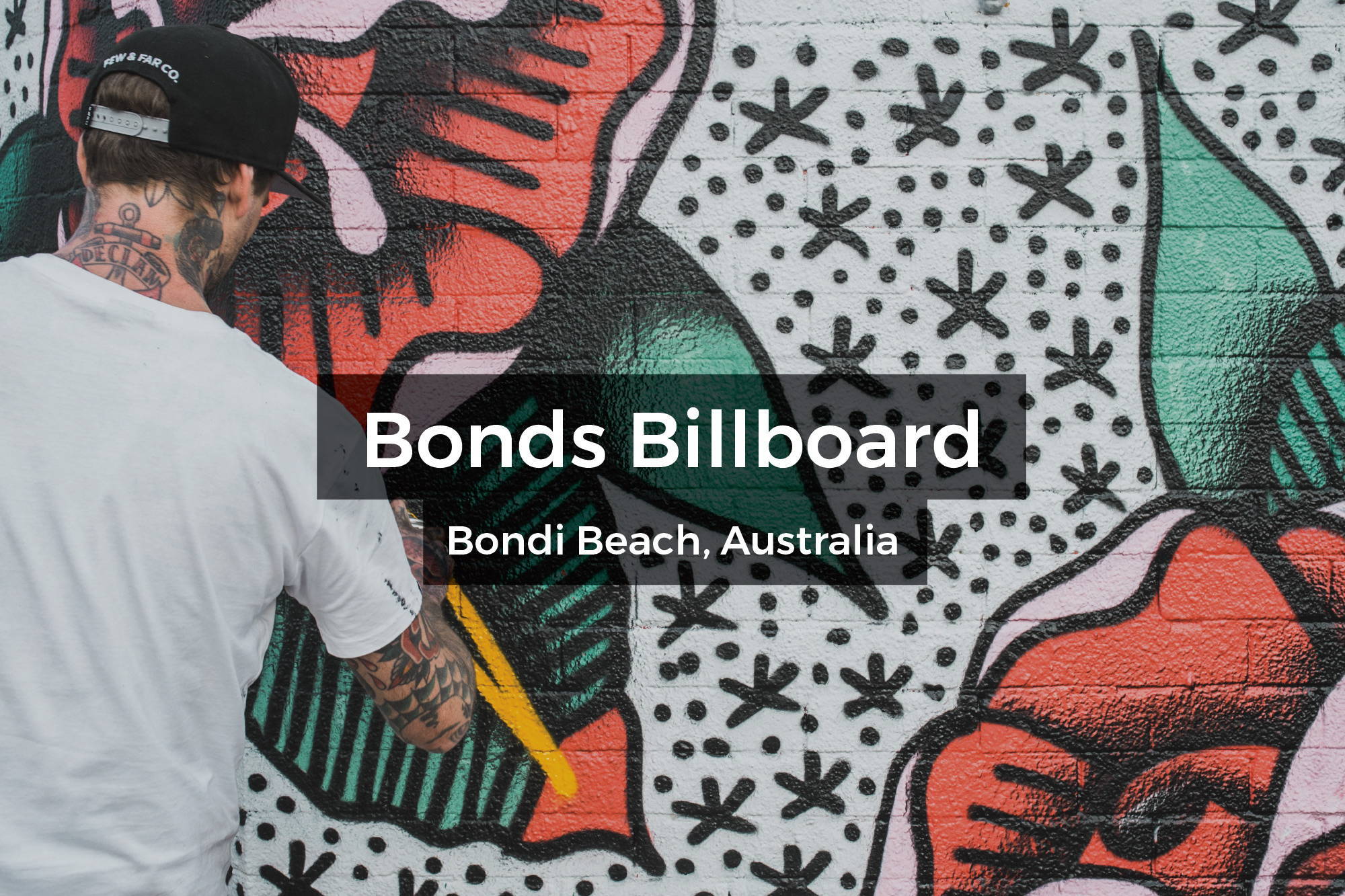