Would I be interested in designing my own limited edition beer can? HELL YES I WOULD
Not only did I get to design a beer can, I designed the beer can for one of the years most anticipated, craft beers - ‘The Trans-Pacific Pale Ale’. The beer was the first of it’s kind as it was a collaboration with not only Australia’s leading craft brewery, Pirate Life, but it was also in collaboration with with one America’s - Ballast Point Brewing.
The collaboration was not only a huge deal to me and my supporters (thank you all so fucking much), it was a huge deal to the craft beer world as nothing had ever been done like this before. It’s safe to say that we were all caught off-guard as it went absolutely nuts. It sold out so much faster than we anticipated. I’ll never forget seeing my feed on Instagram being flooded with everyone supporting. So fucking cool. We did tees too - and they didn’t last long either (although I did just notice that they have been reprinted - which you can pick up here ...while supplies last)
If the collaboration wasn’t wasn’t already cool enough, I also had the honour of officially launching it at my bar, Deathproof …which was equally as nuts.
That all said, I cannot thank Jack and the crew for the opportunity, privilege and honour. This will always go down as one of my favourite collabs to date. It was literally a dream of mine come true and ….just …so much fun. Last but not least, I wanna say the biggest thank you to everyone for supporting this colab in the way that they did - it truly was as amazing as it was overwhelming. Thanks again and again. 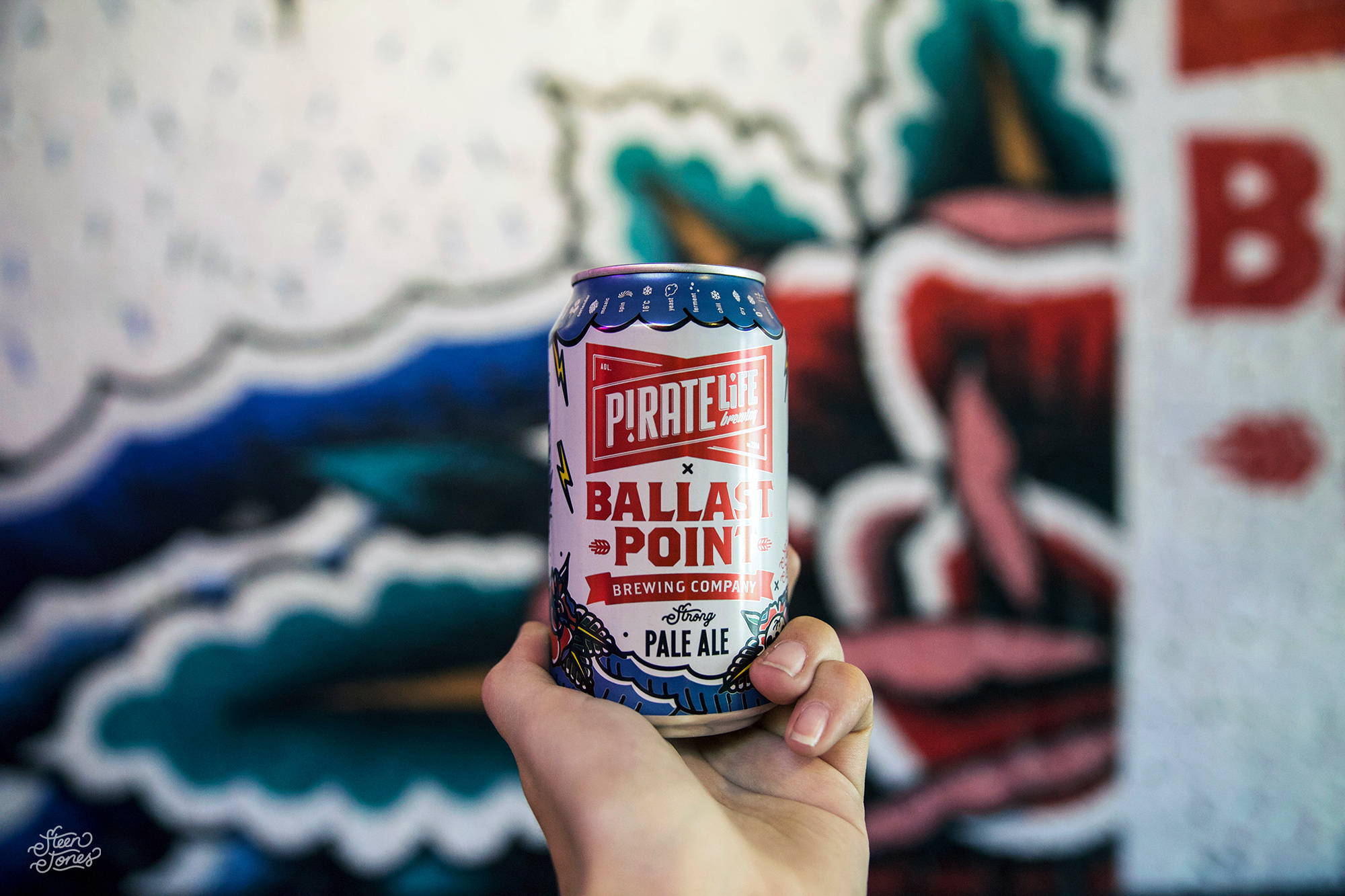 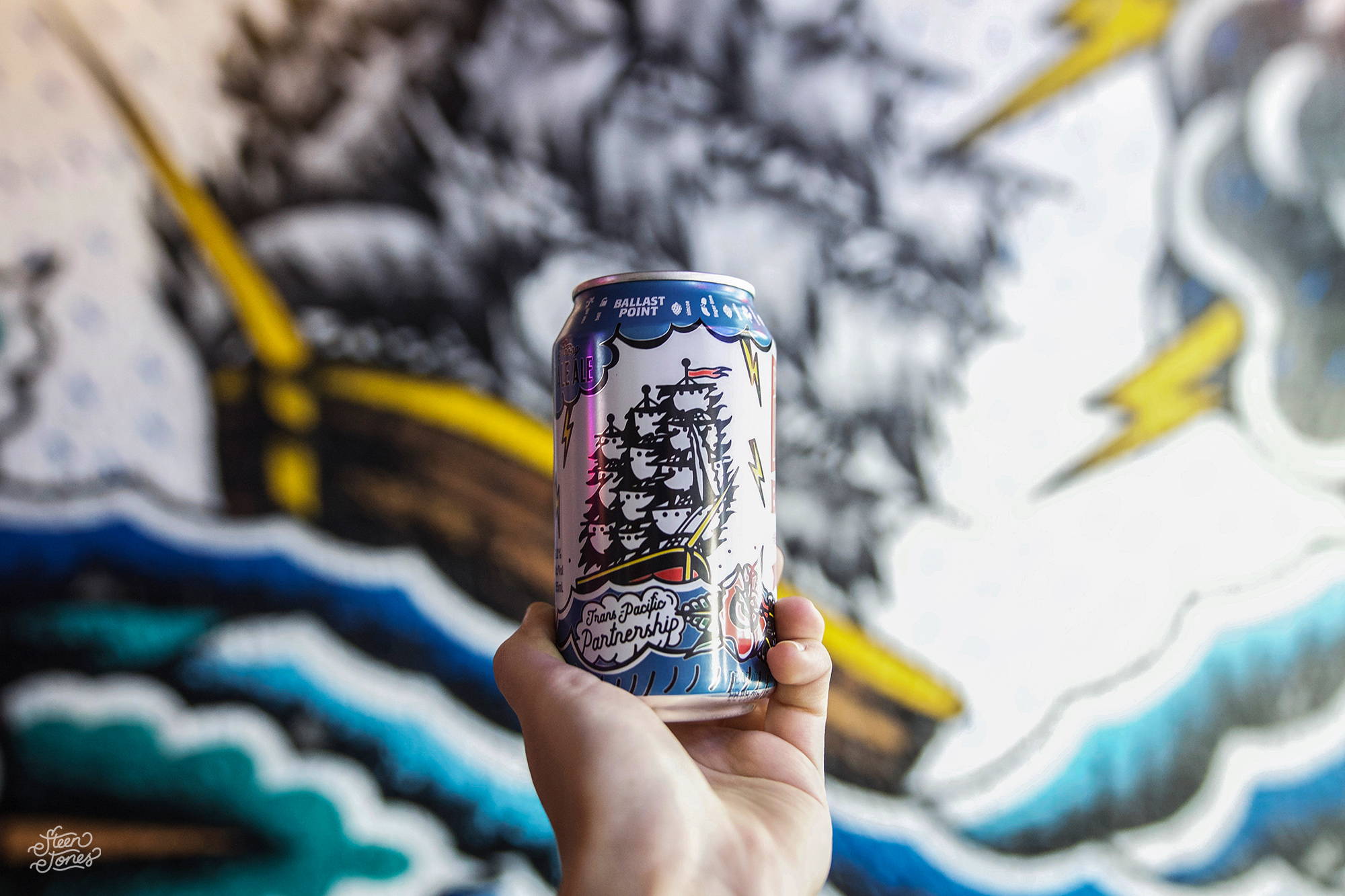 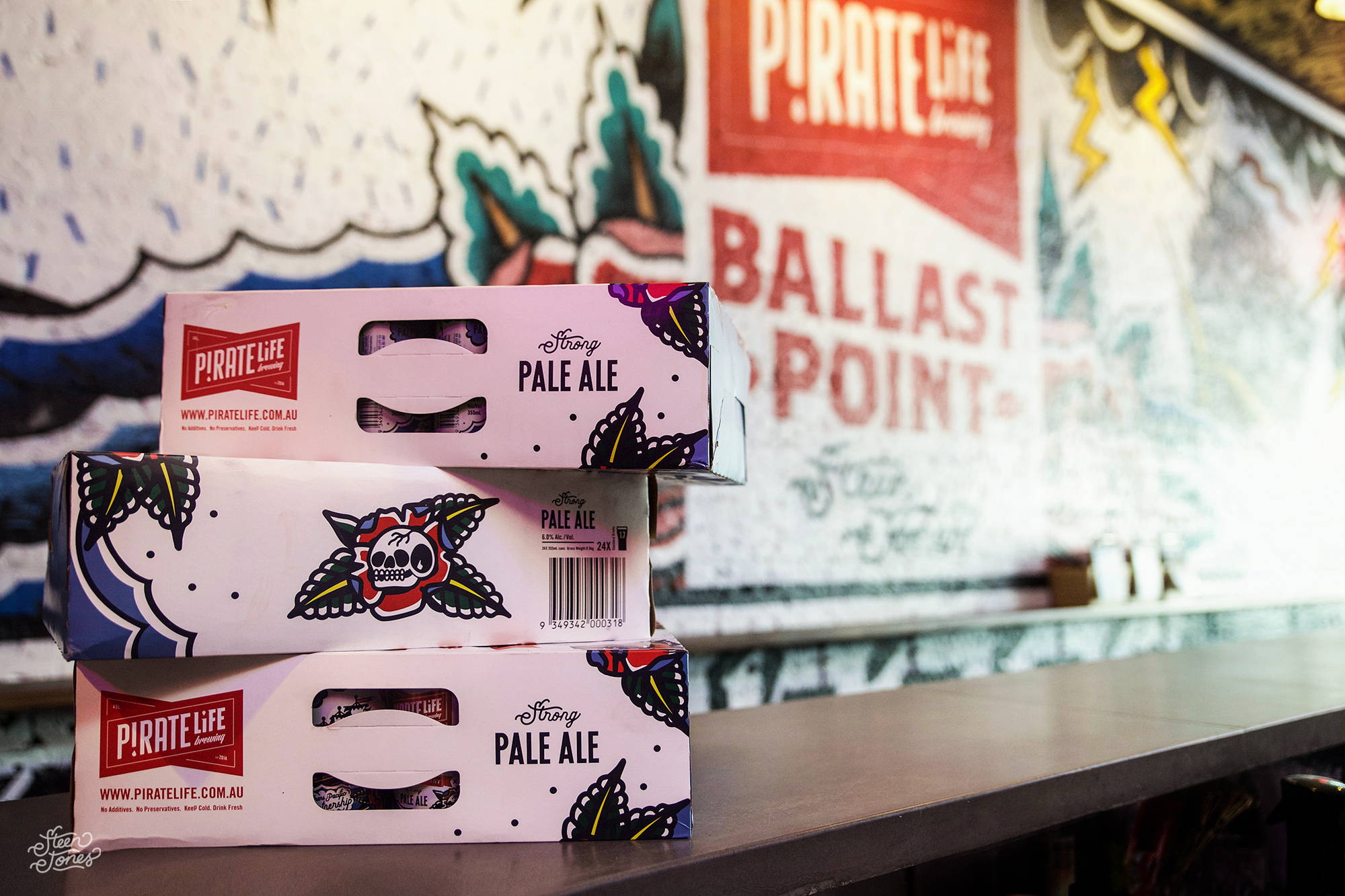 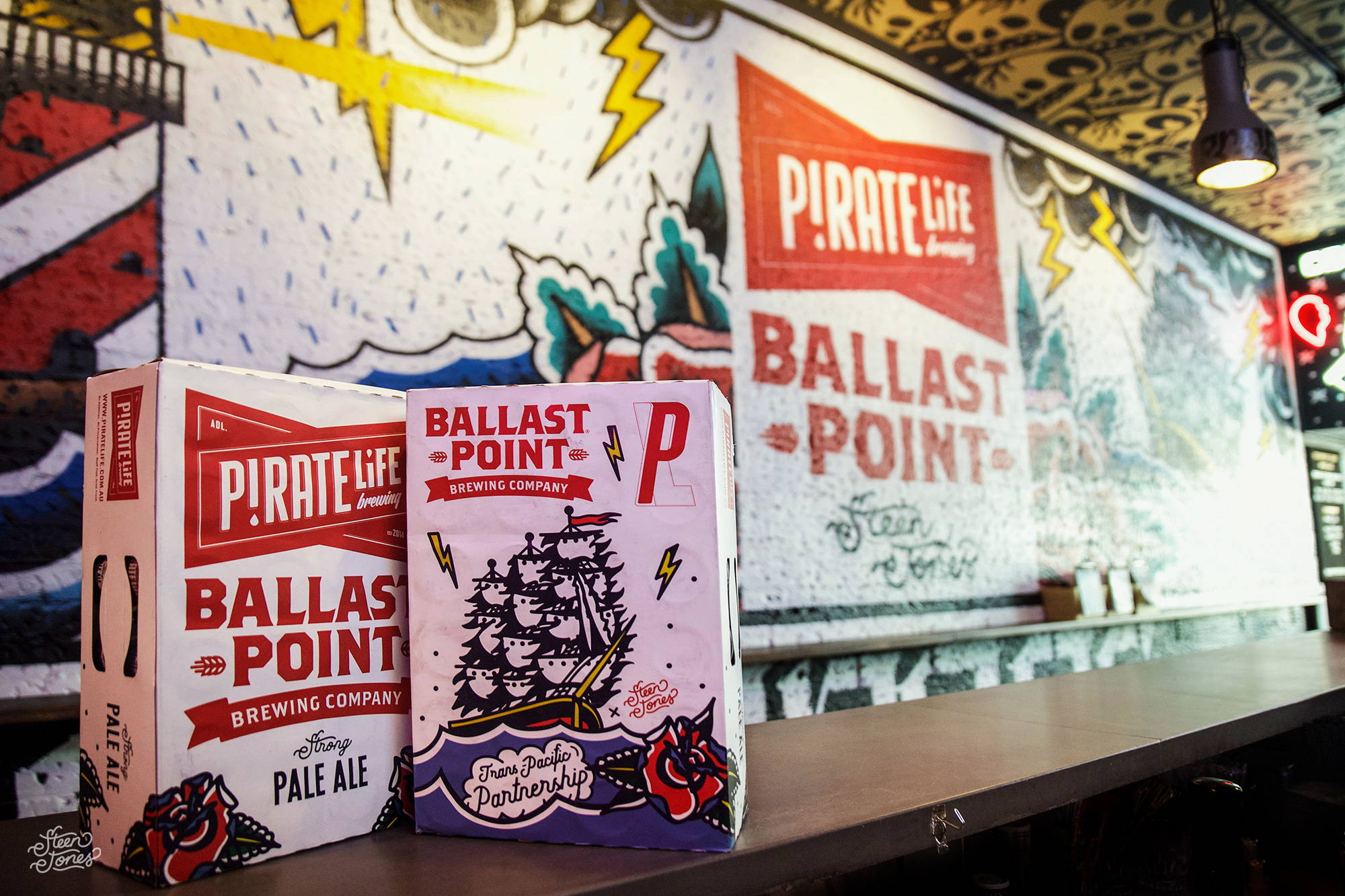 We stripped back the shelves, emptied the fridges and kicked all the kegs off tap to make way for the Steen Jones x Pirate Life x Ballast Point collaboration and takeover.

We stacked the tins on the shelves, stocked up the fridges and tapped on the kegs. I painted a full-length mural to boot, worked with the chef to create some fucking delicious beer-battered fried pickles as well as design an exclusive snapchat filter for the event! It was wild and we completely ran out of everything (which, I can’t remember how much it was now, but it was a ridiculous amount). 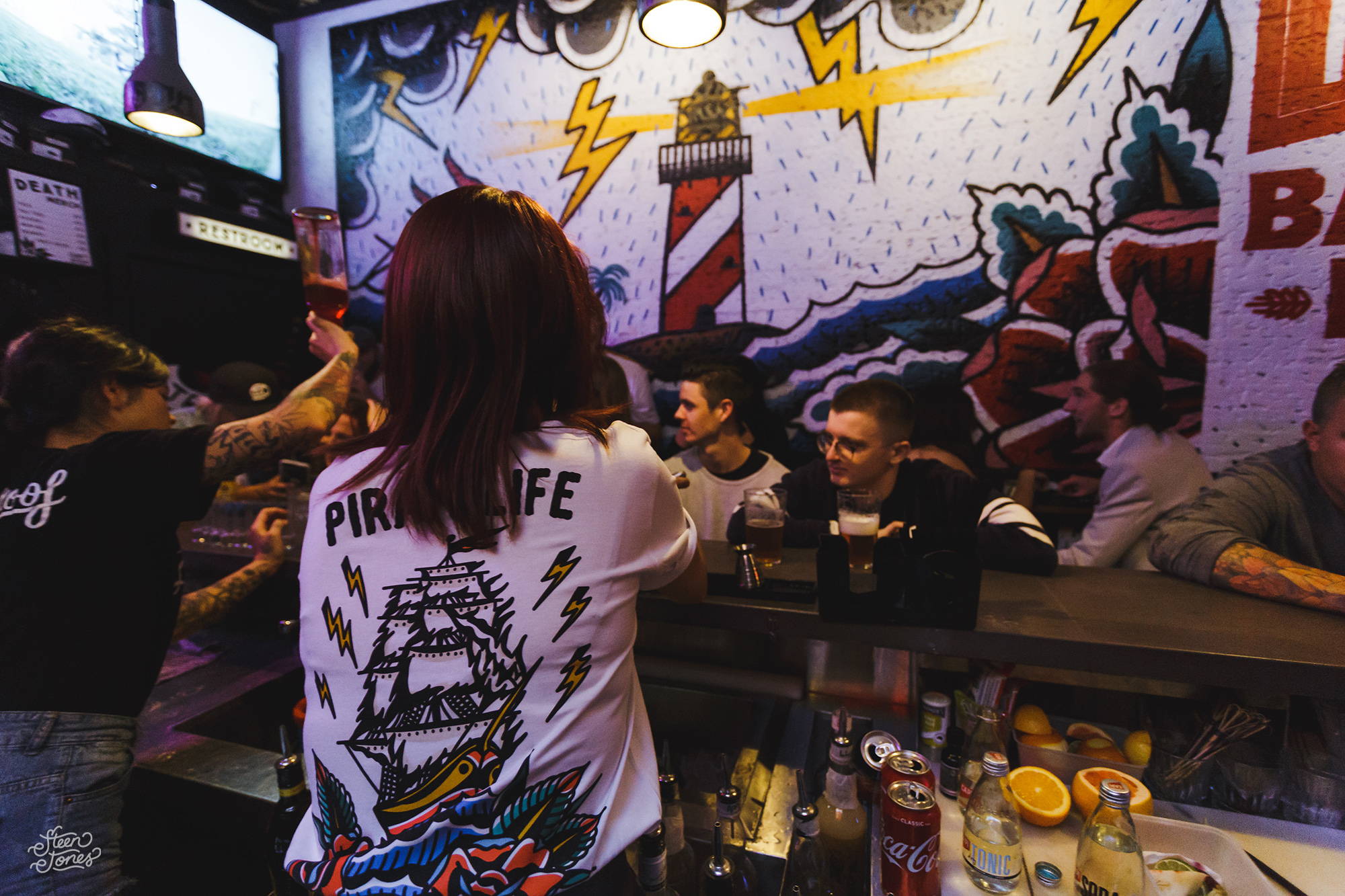 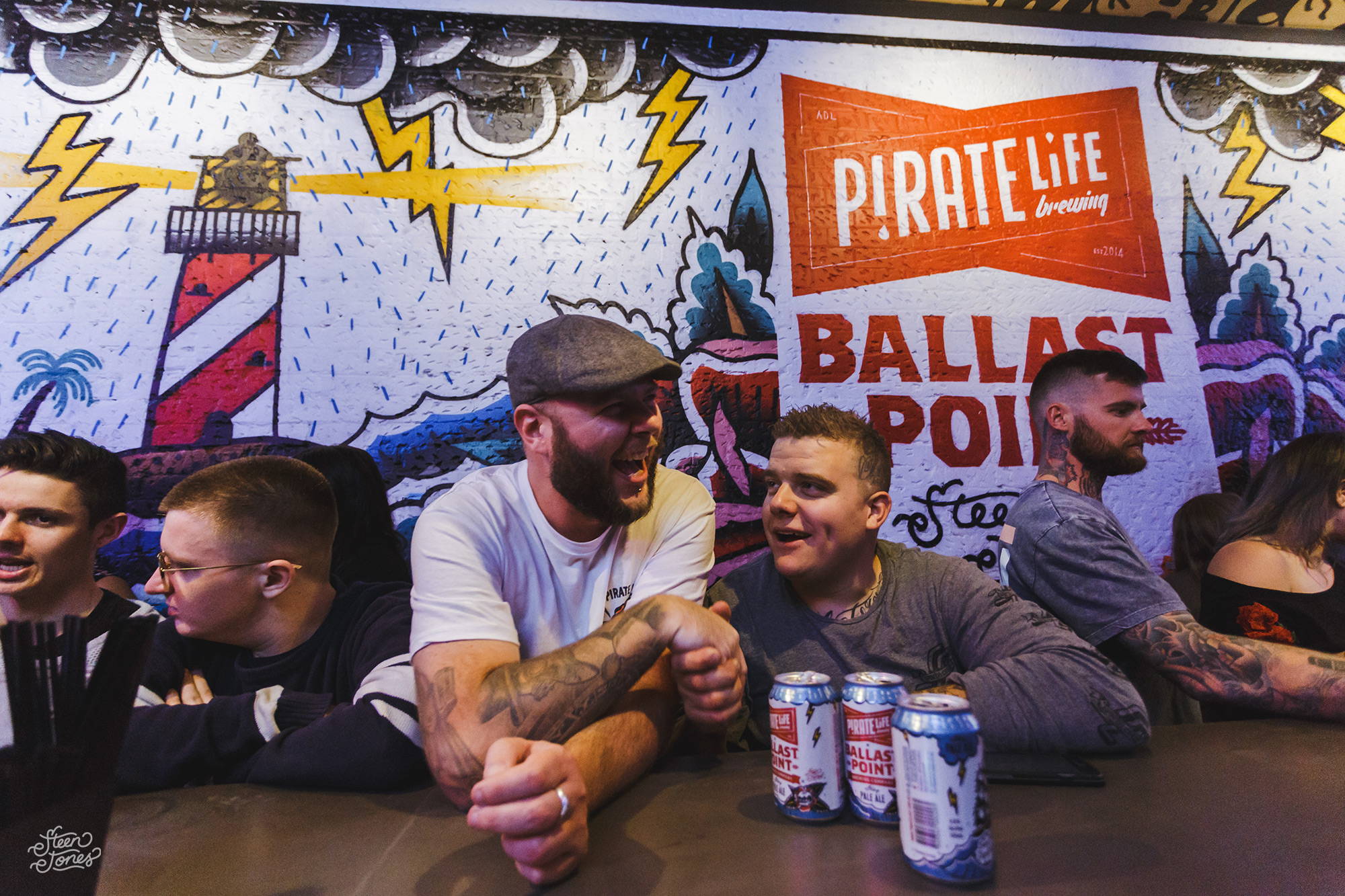 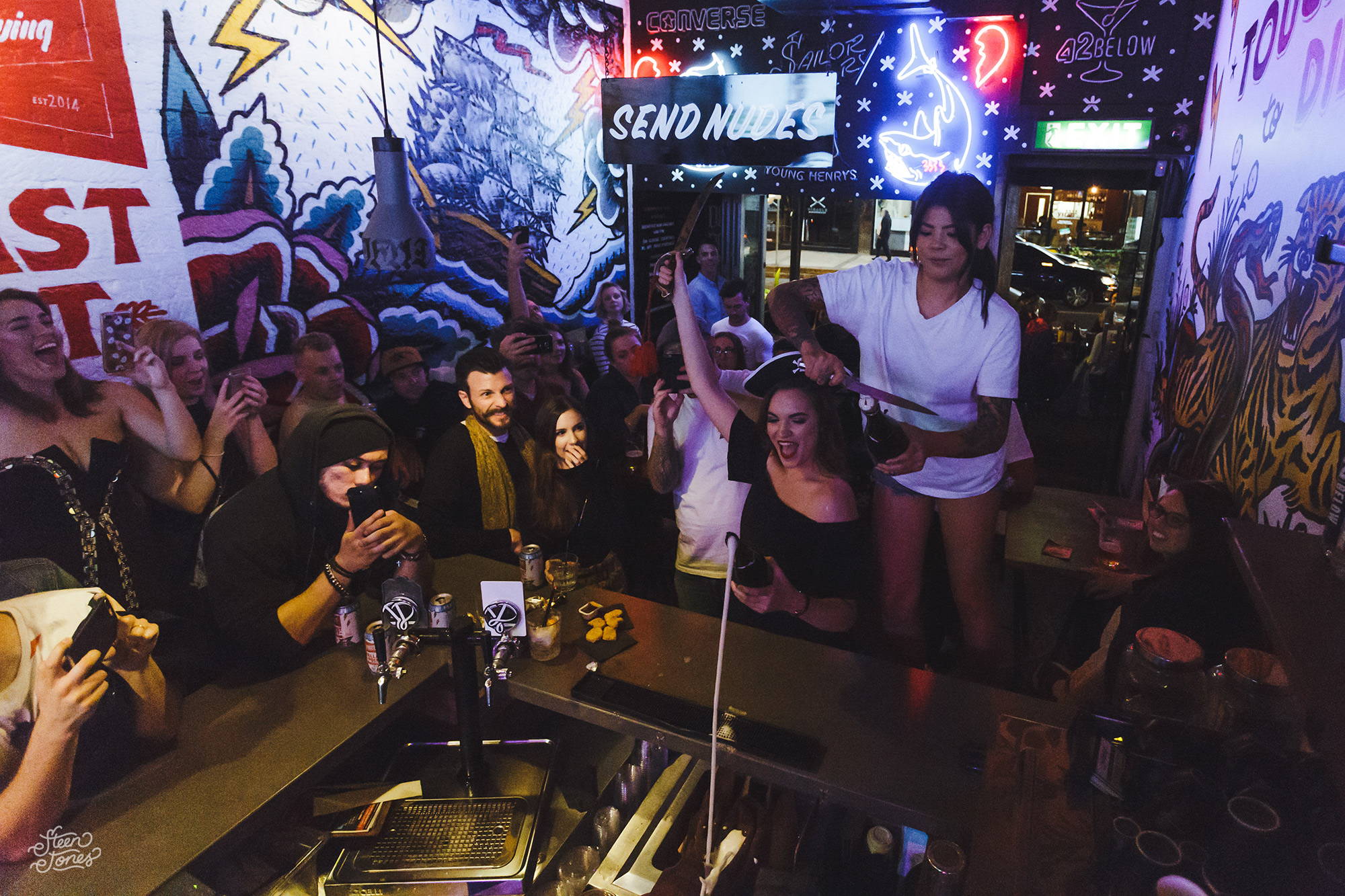 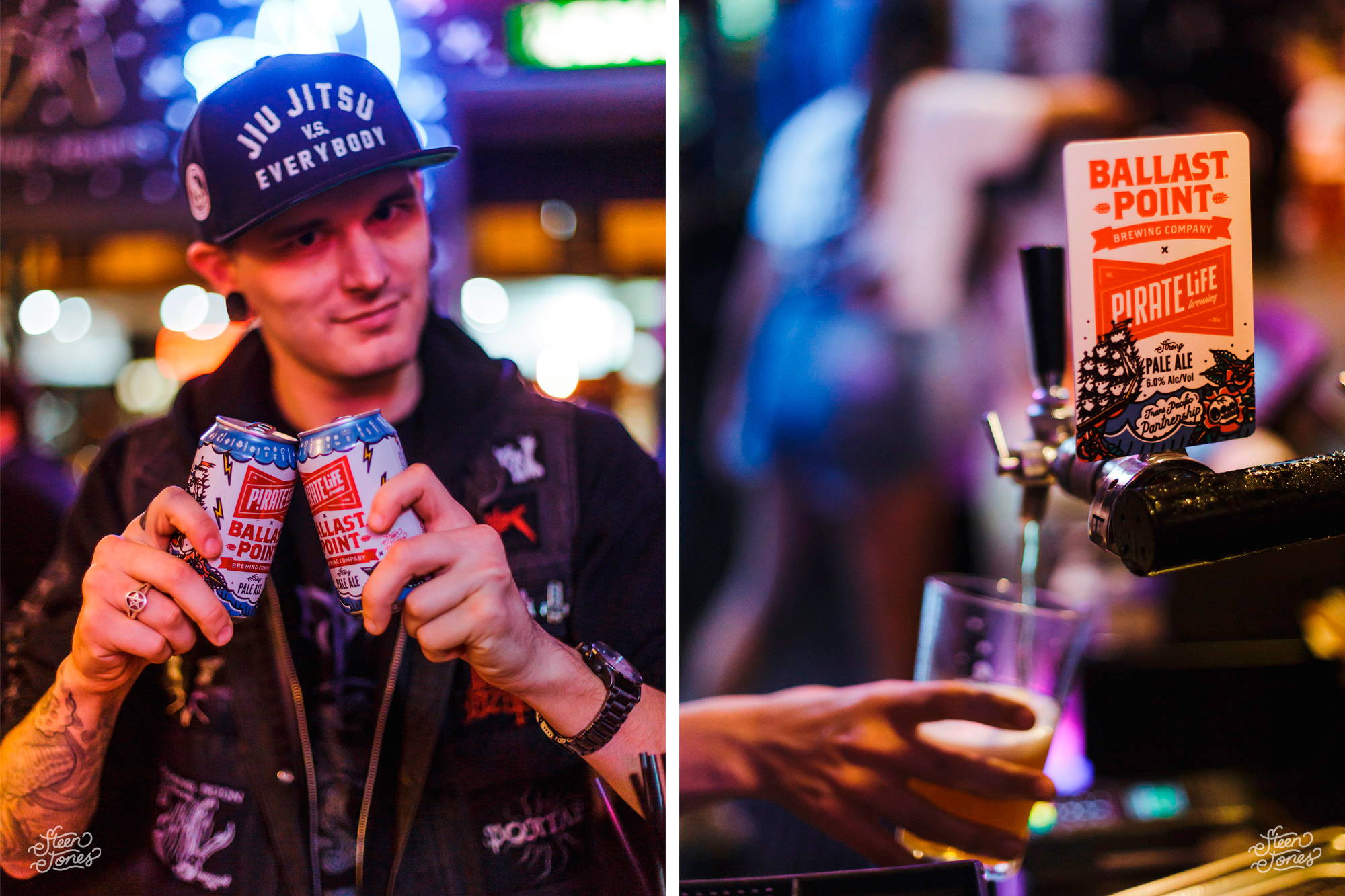 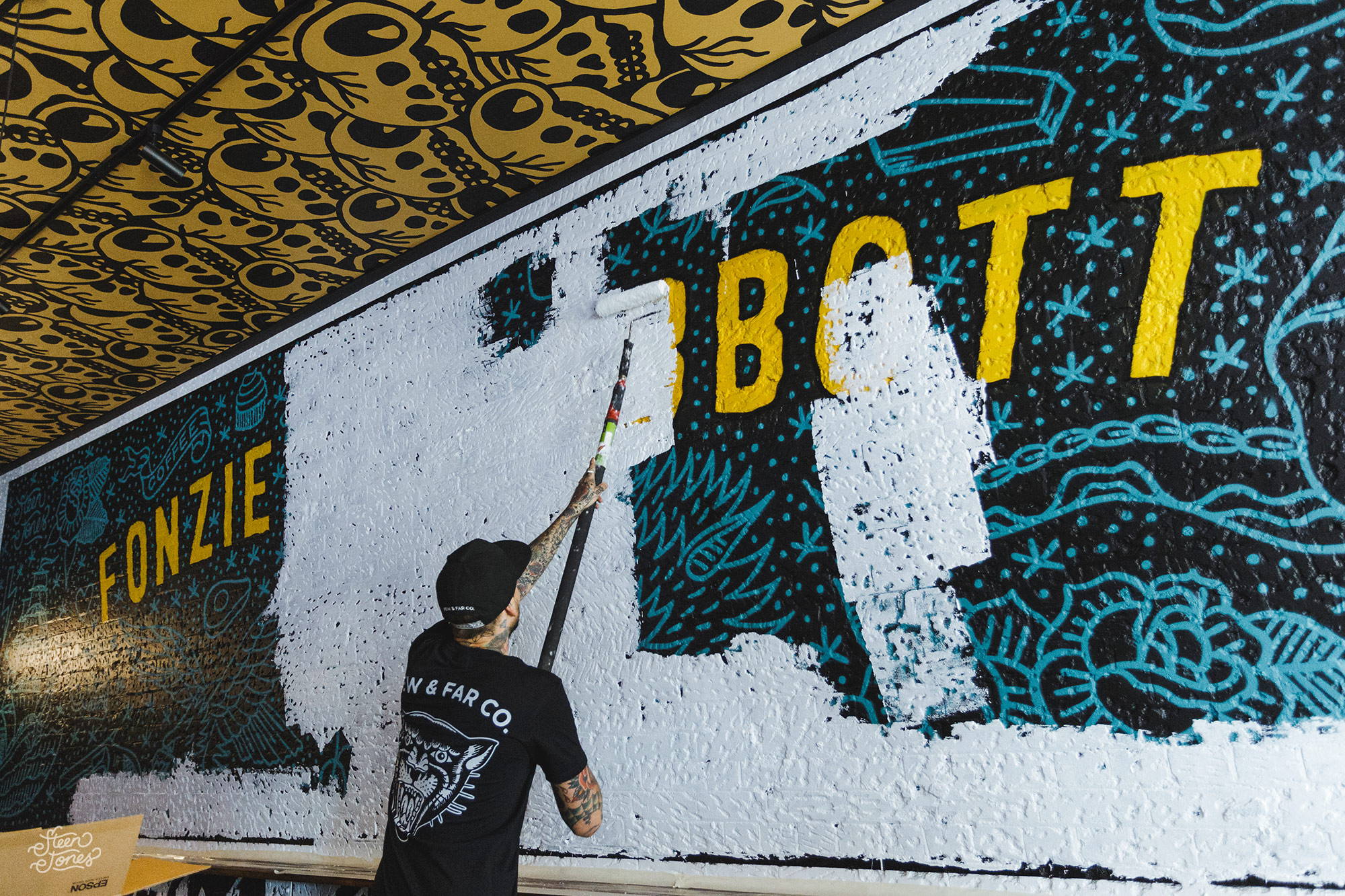 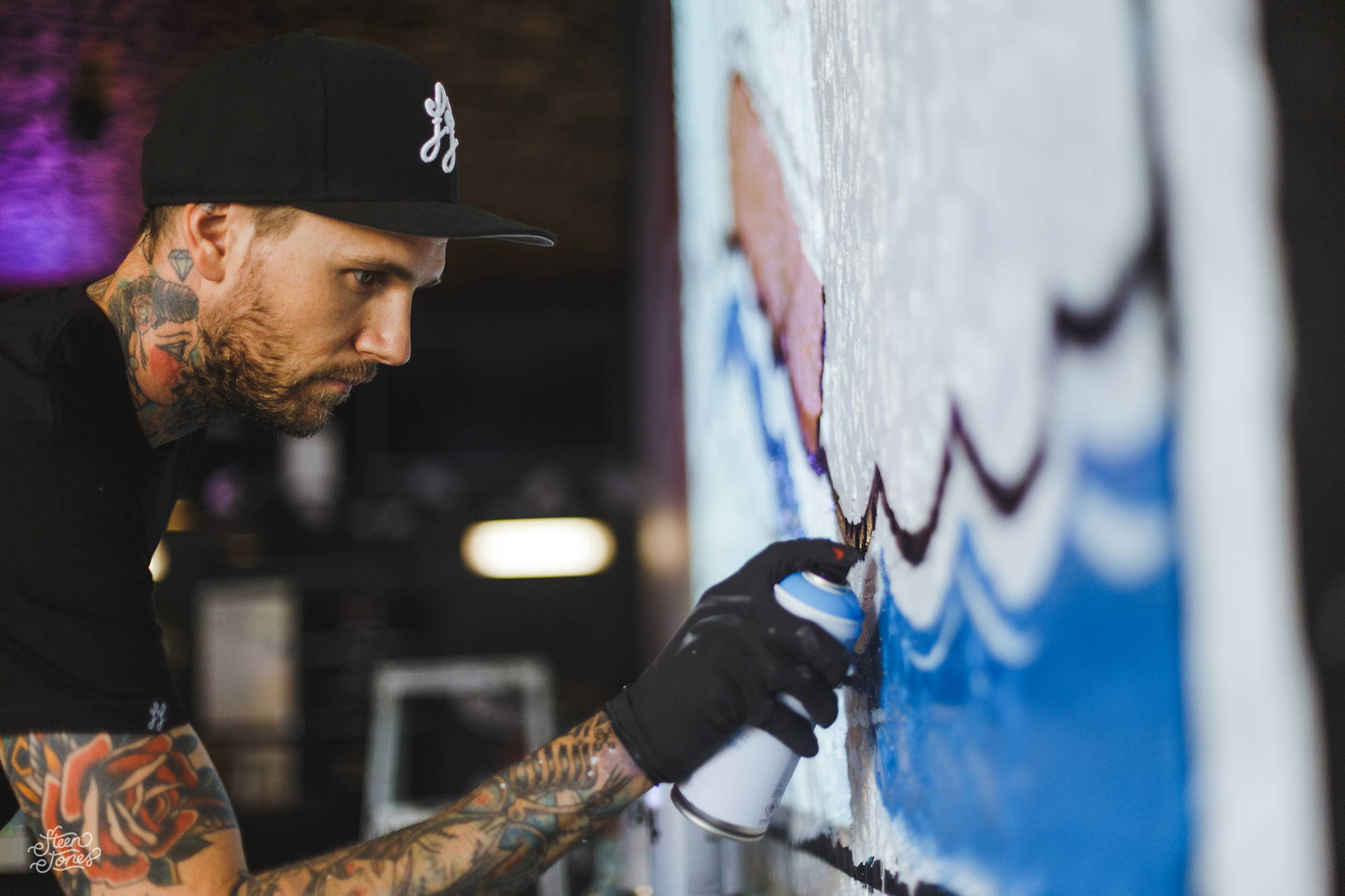 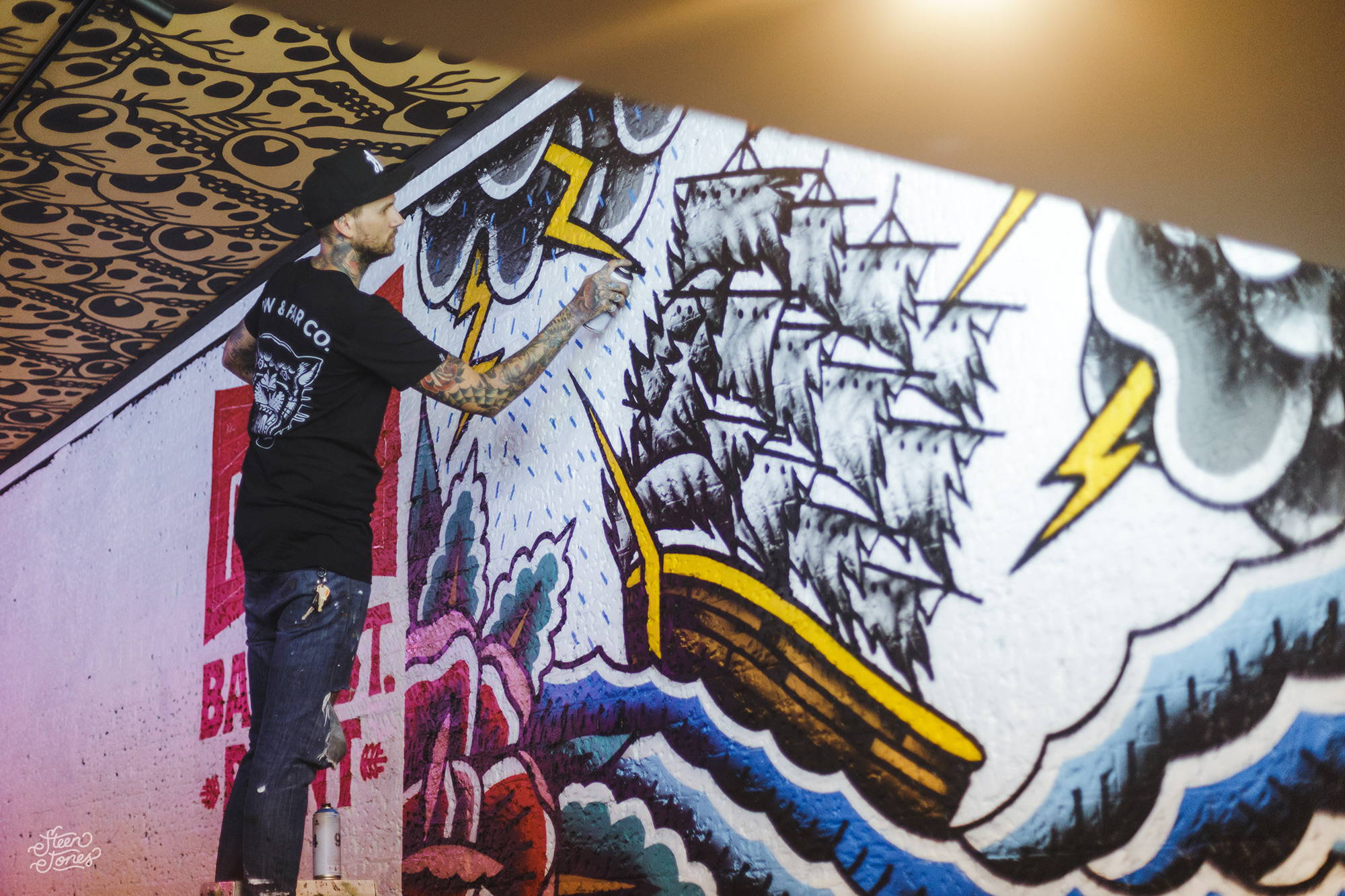 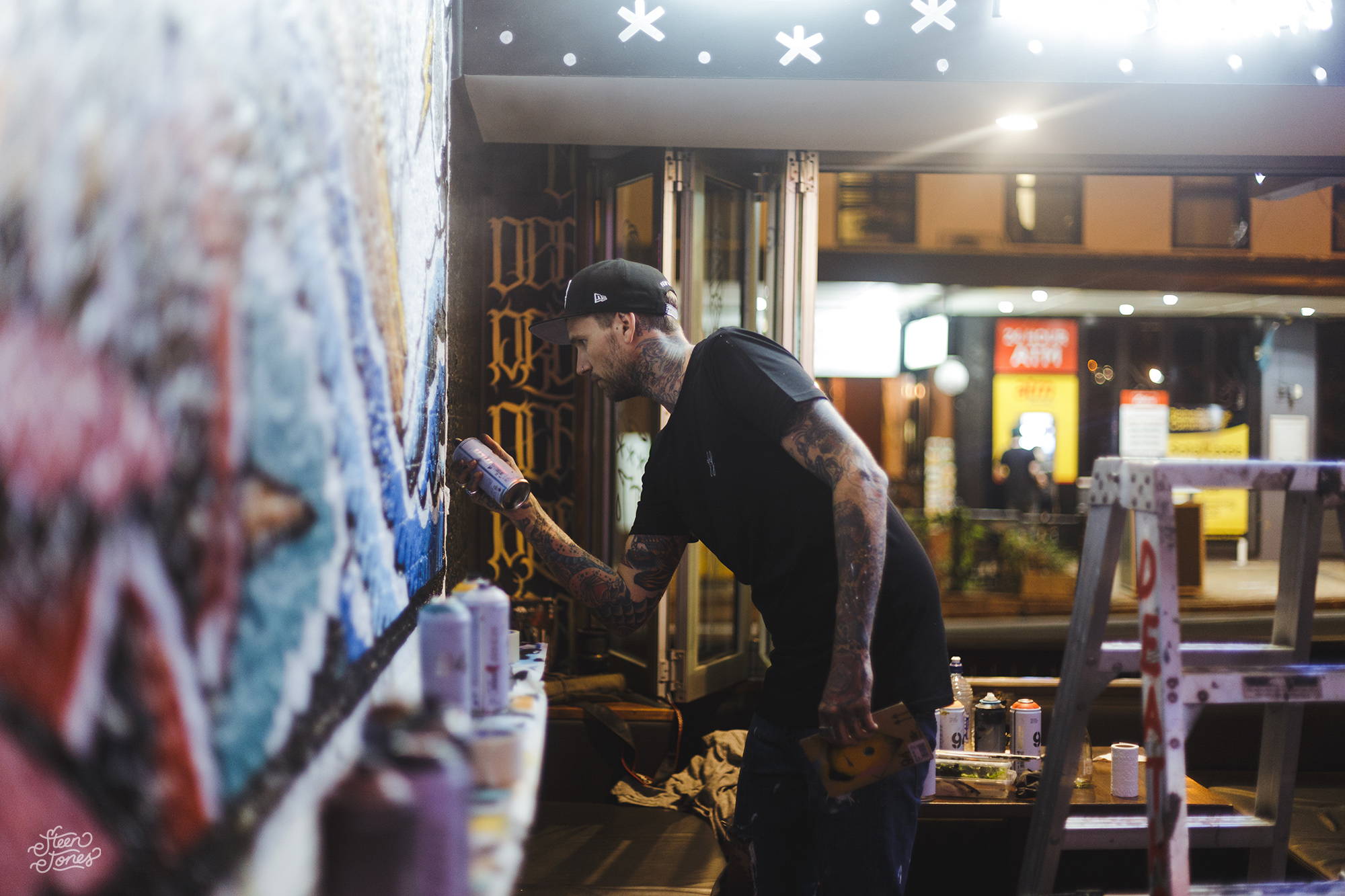 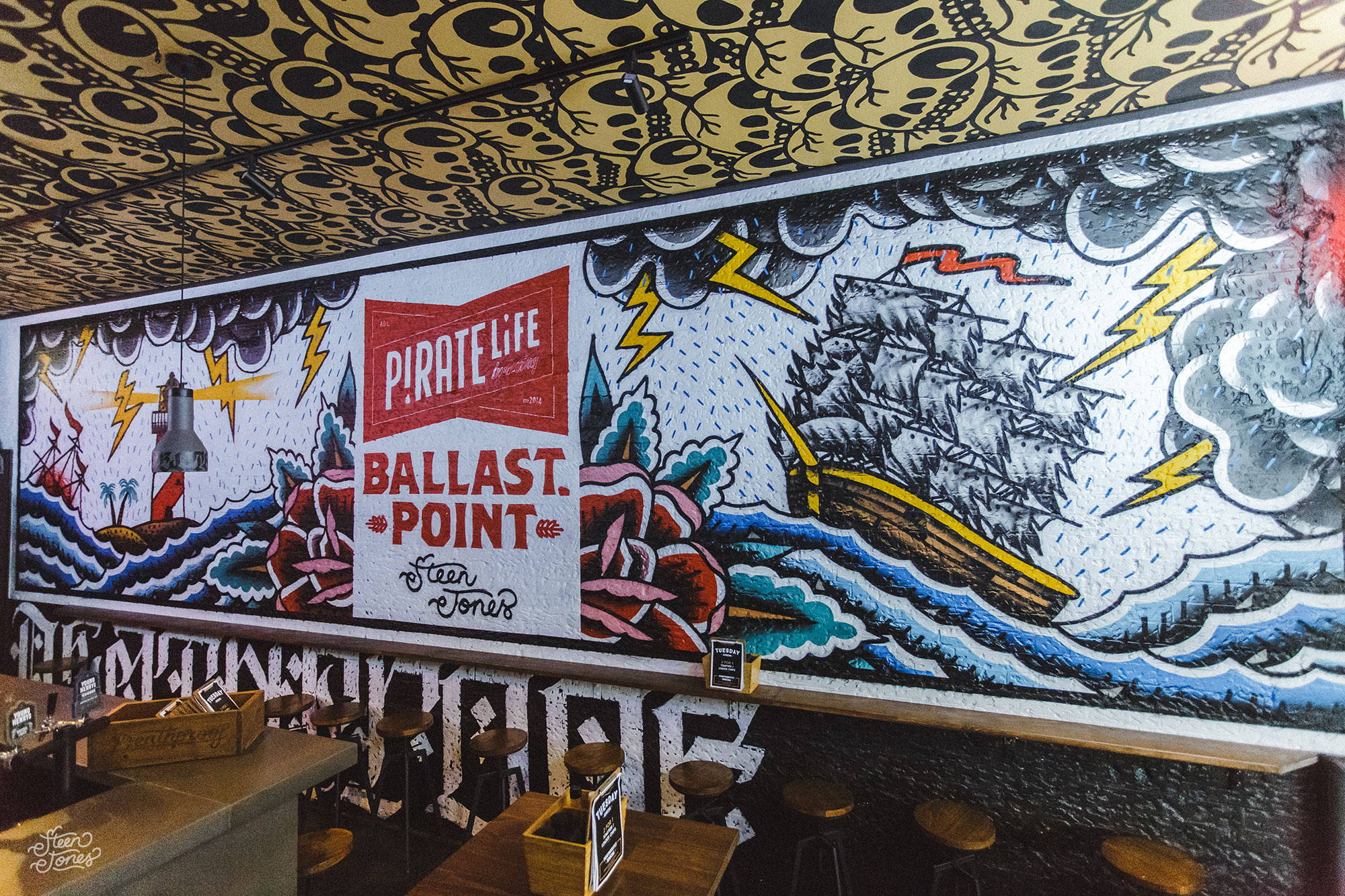 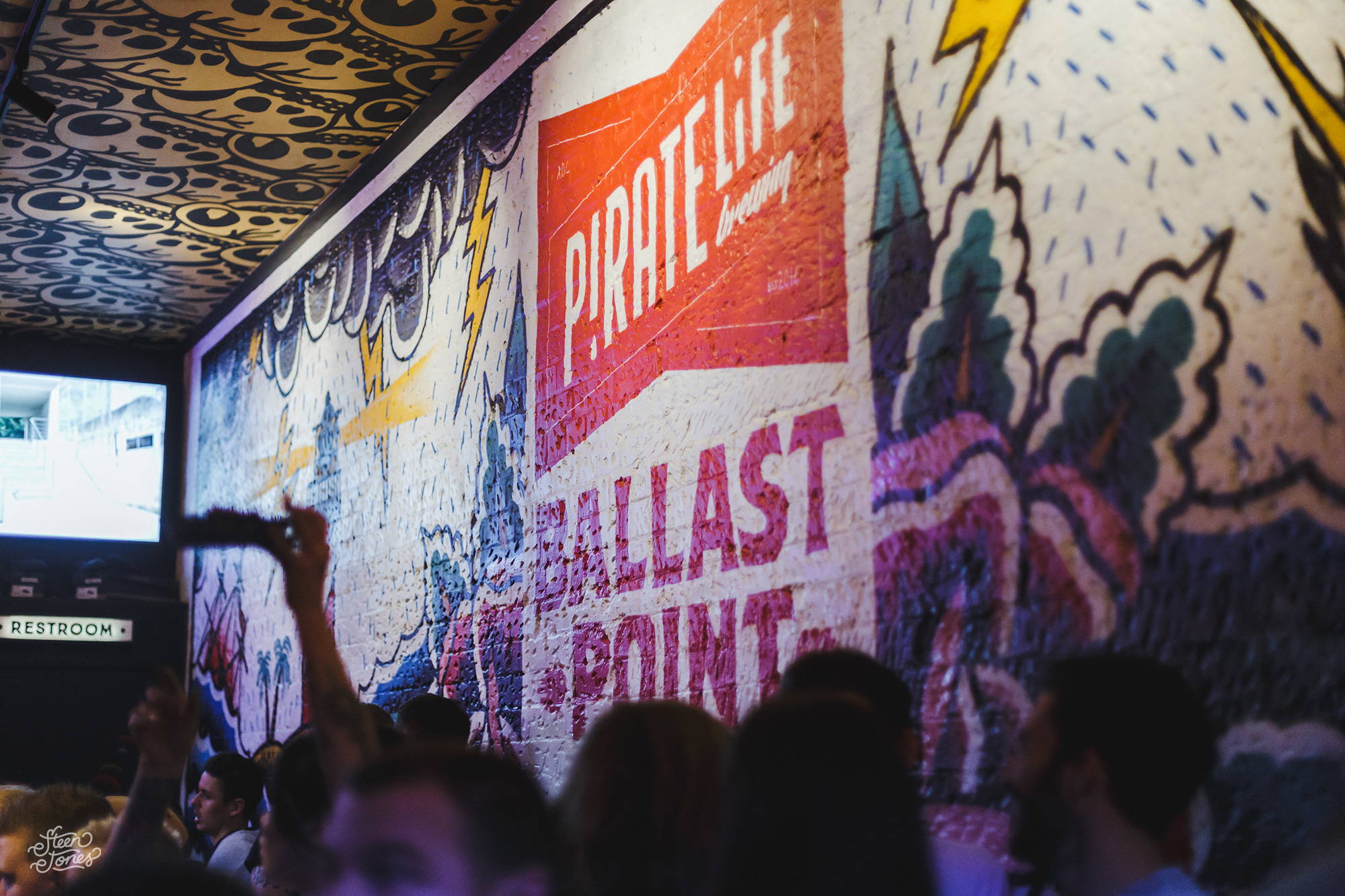 Where It All Started

This piece was fuuuun (and come to think of it my first pirate ship) and right bang on the side of the main building at the Pirate Life HQ! Good times & great beer. Thanks again to Jack and the rest of the guys for the opportunity!! 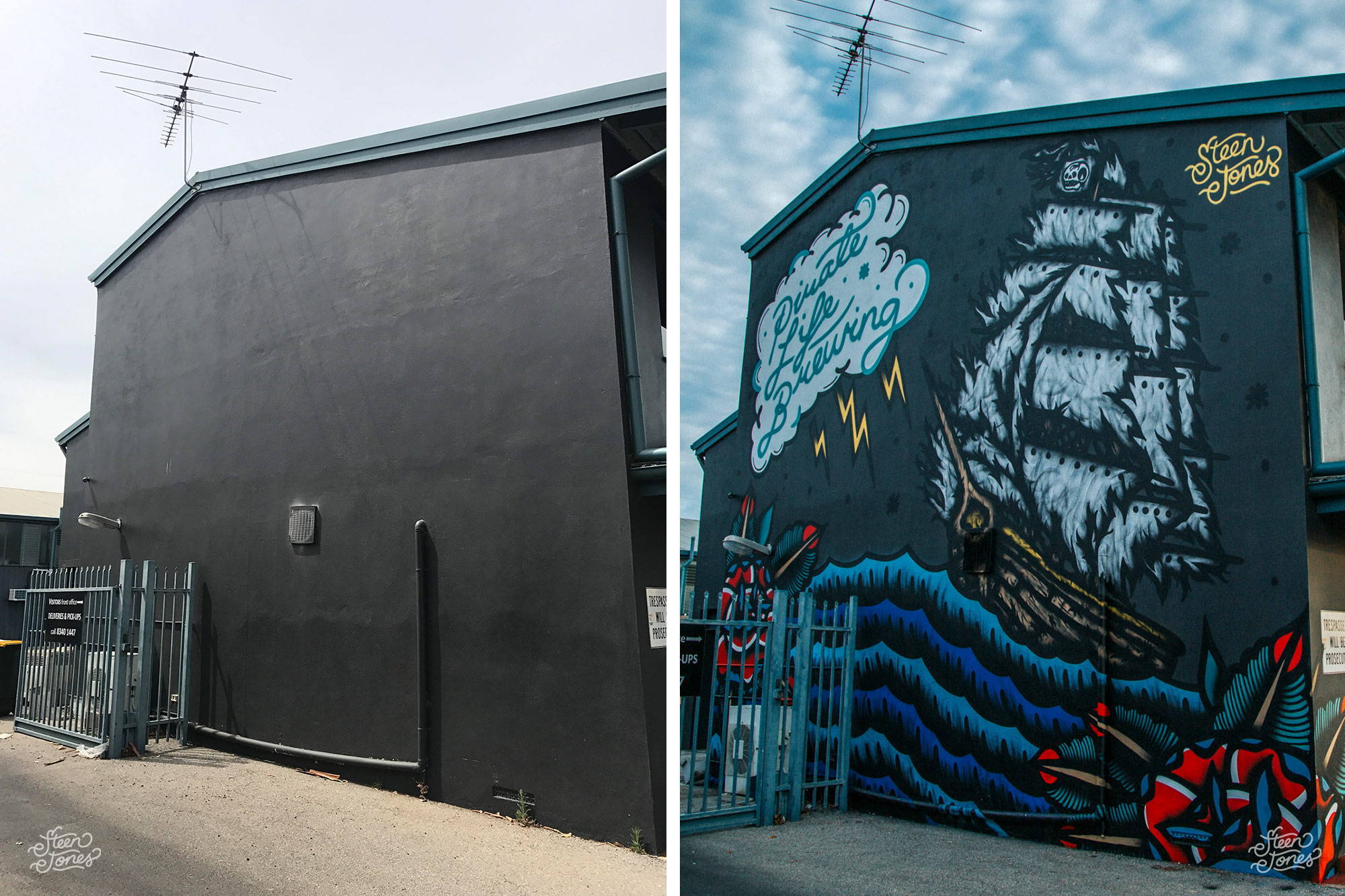 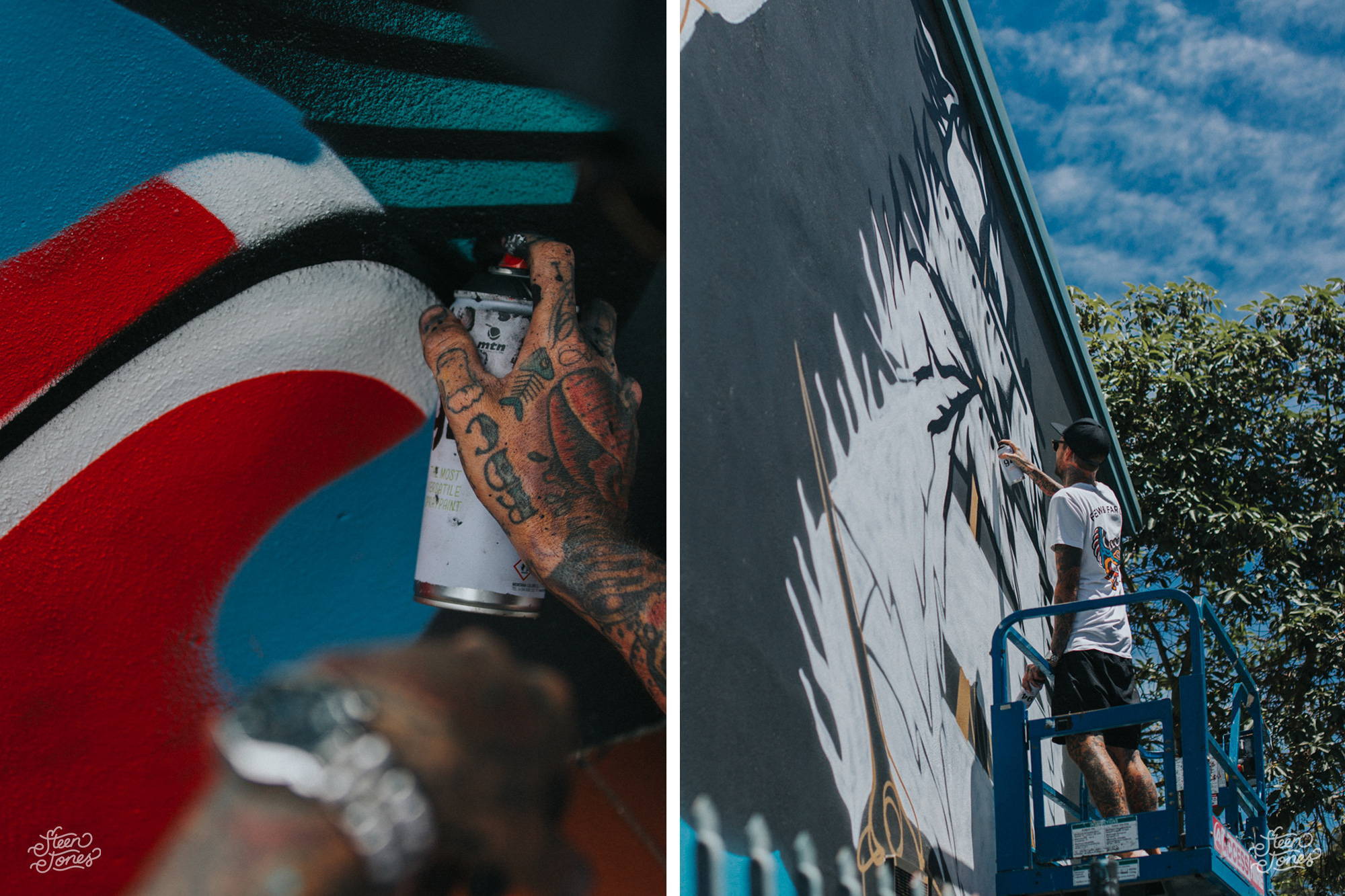 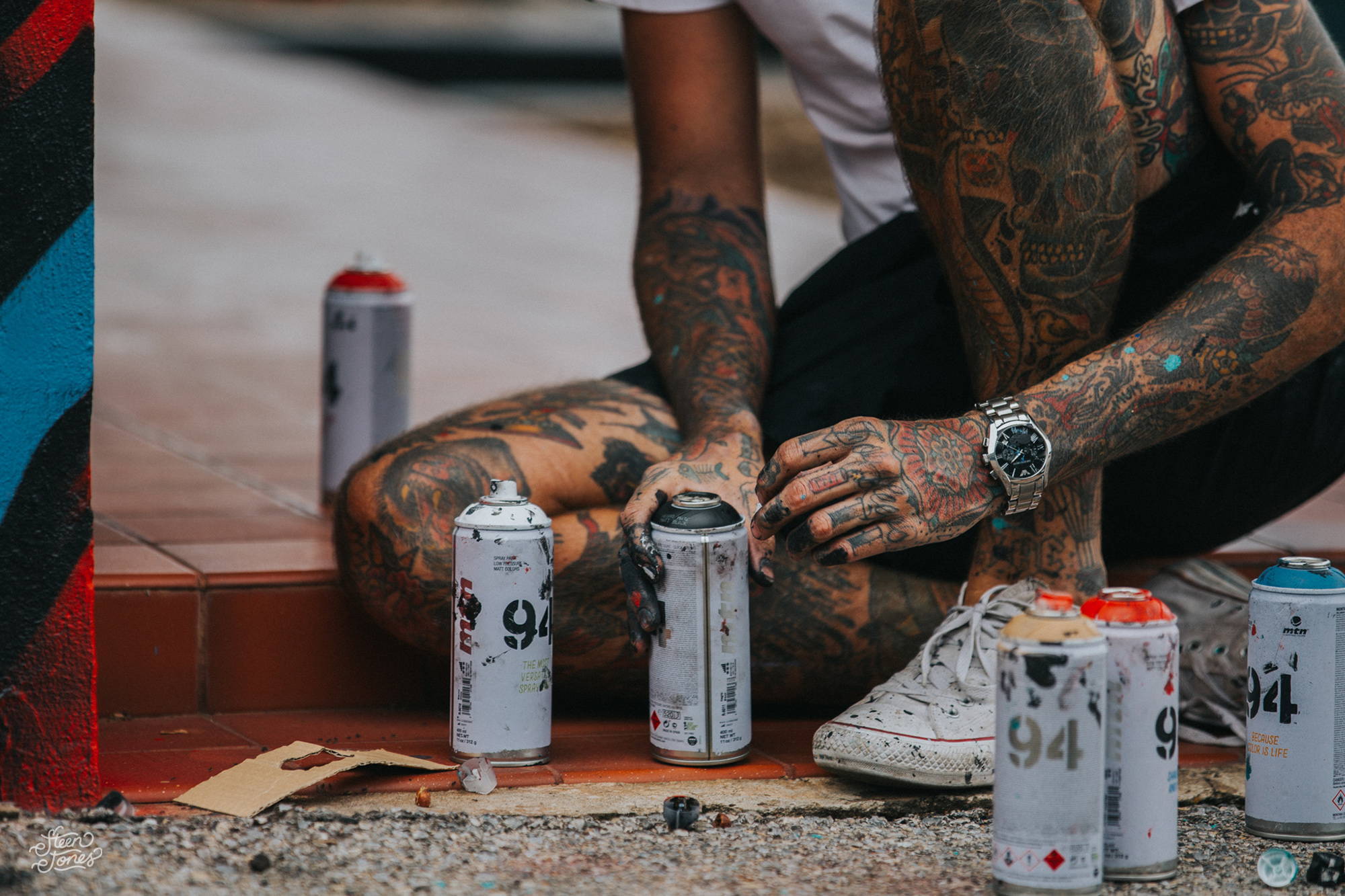 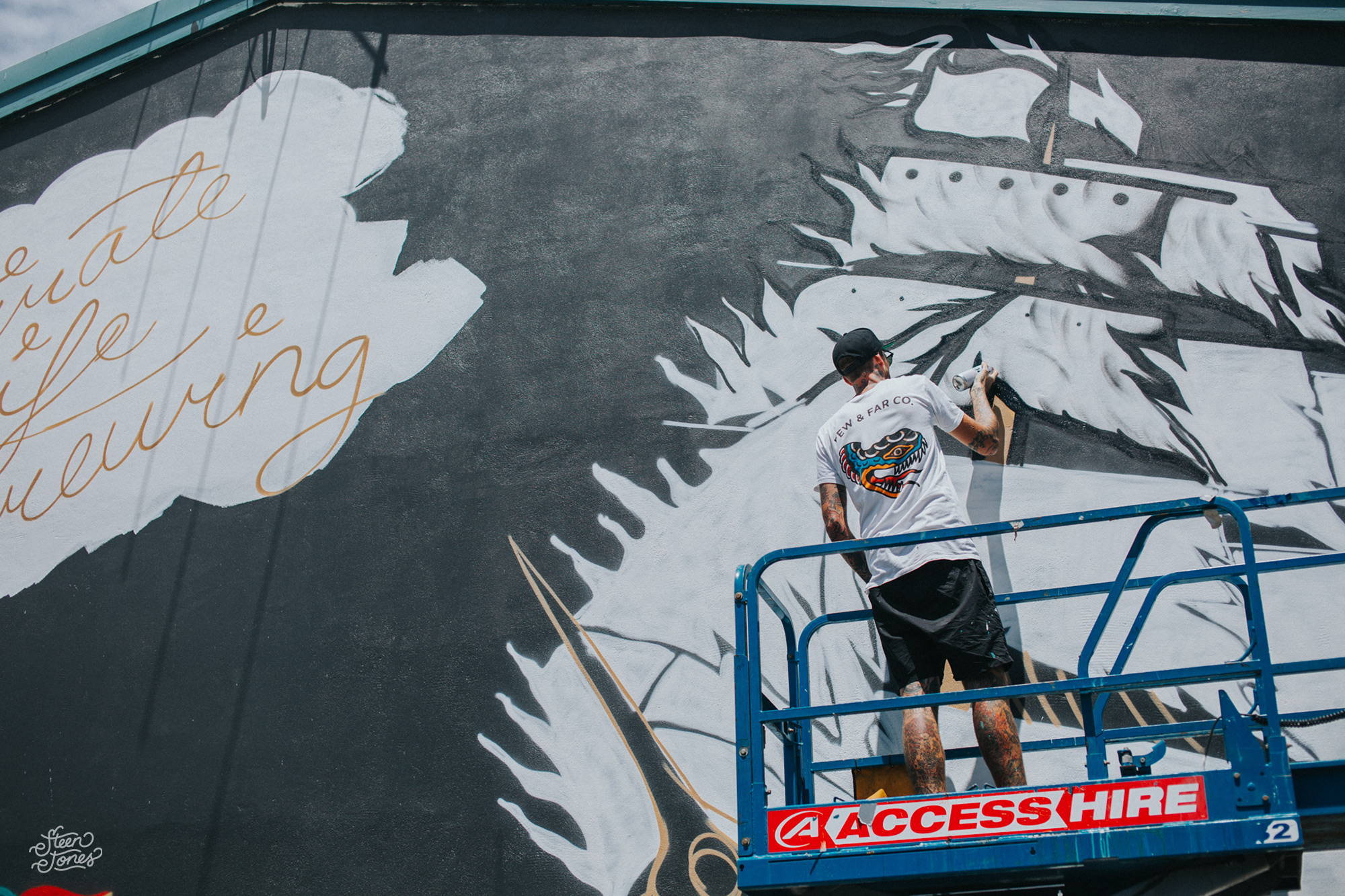 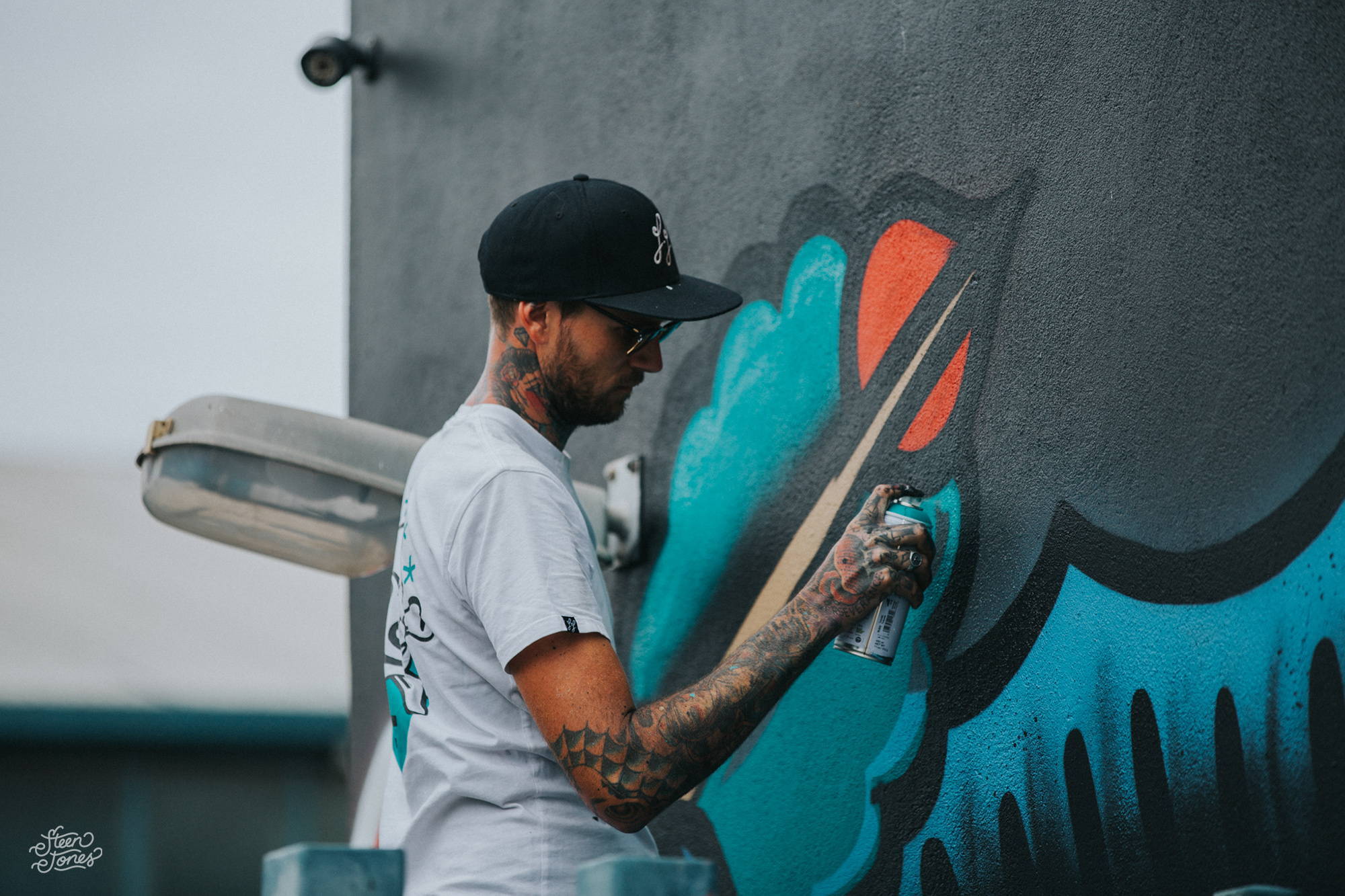 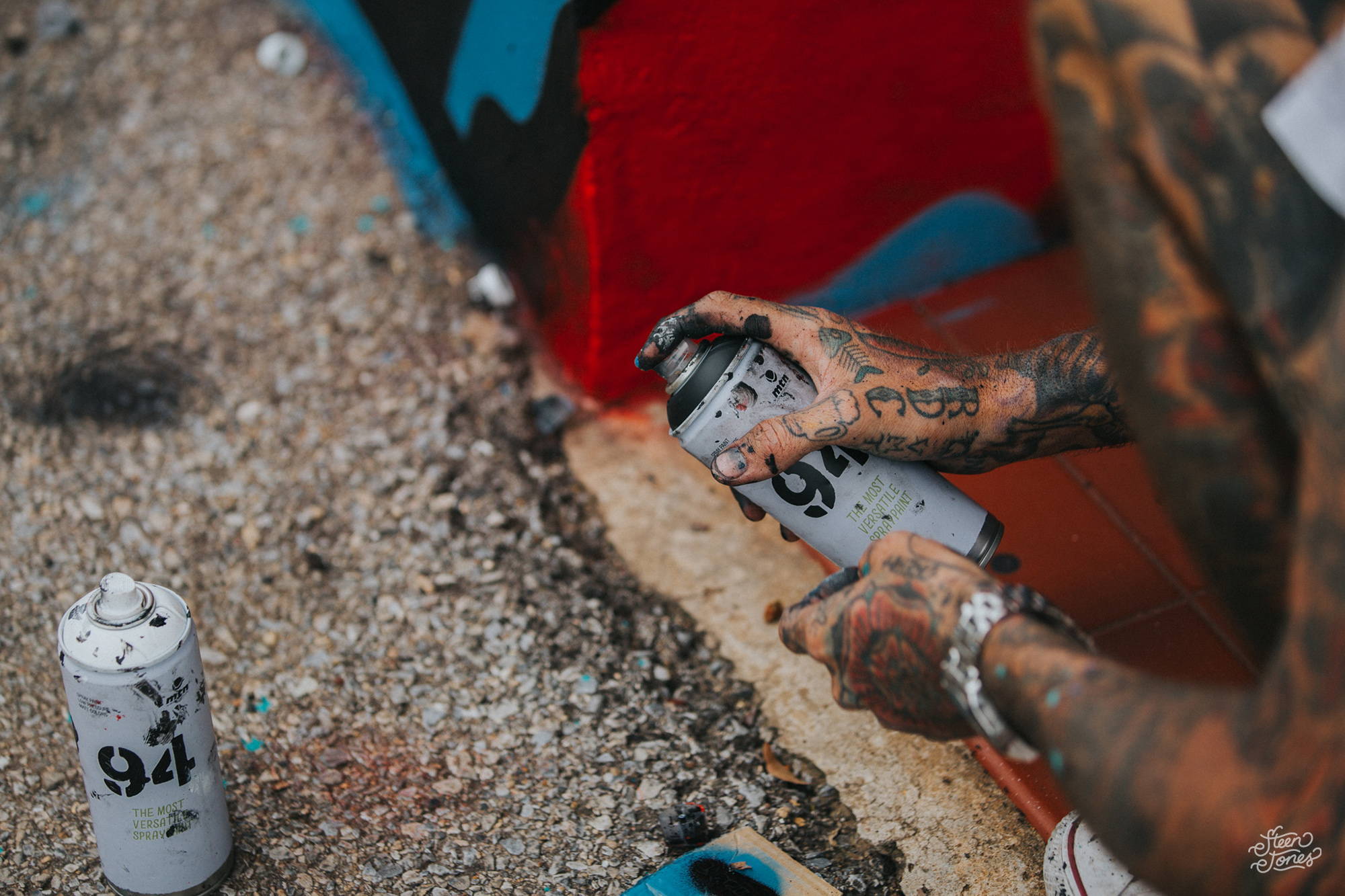 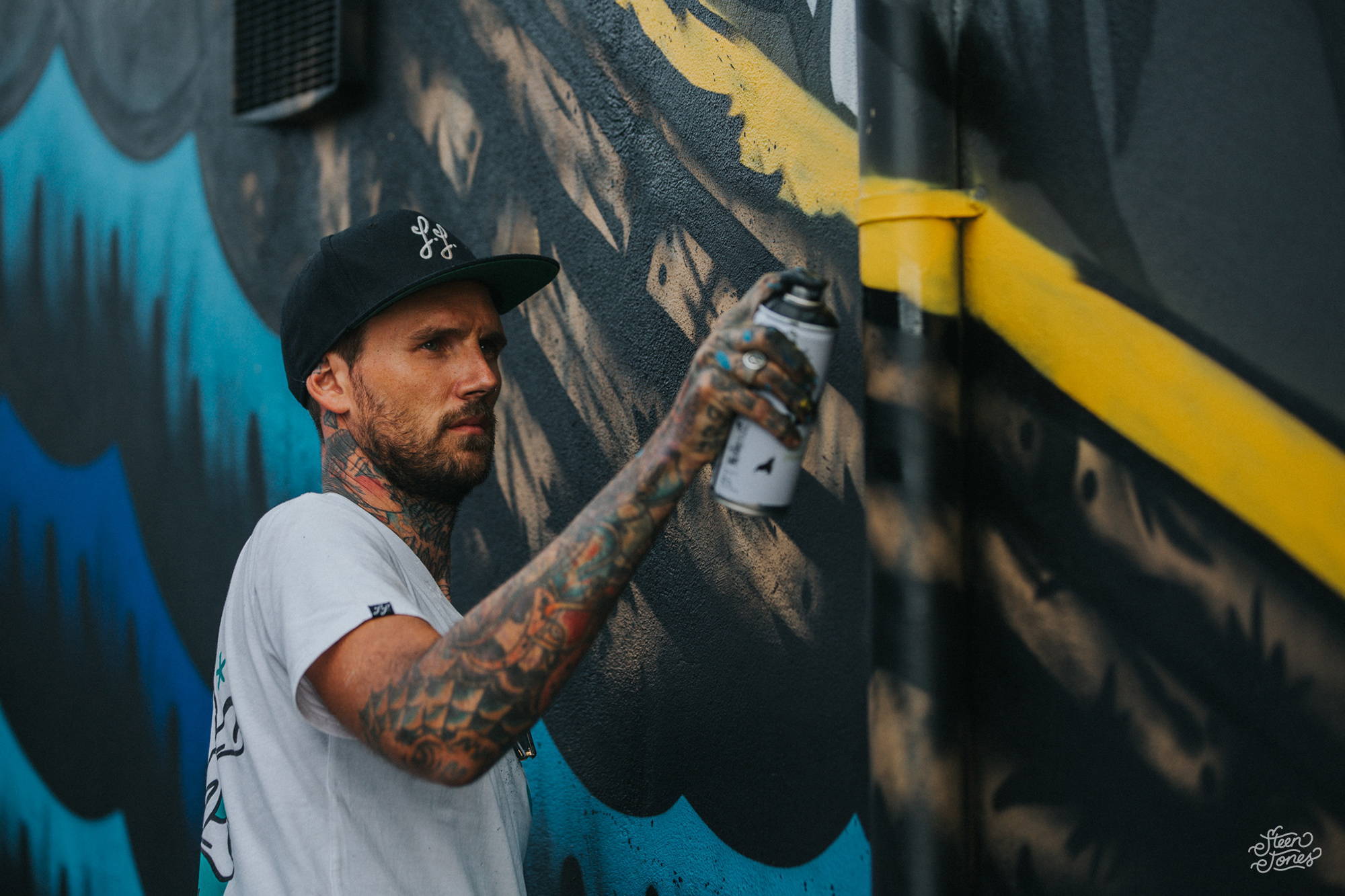 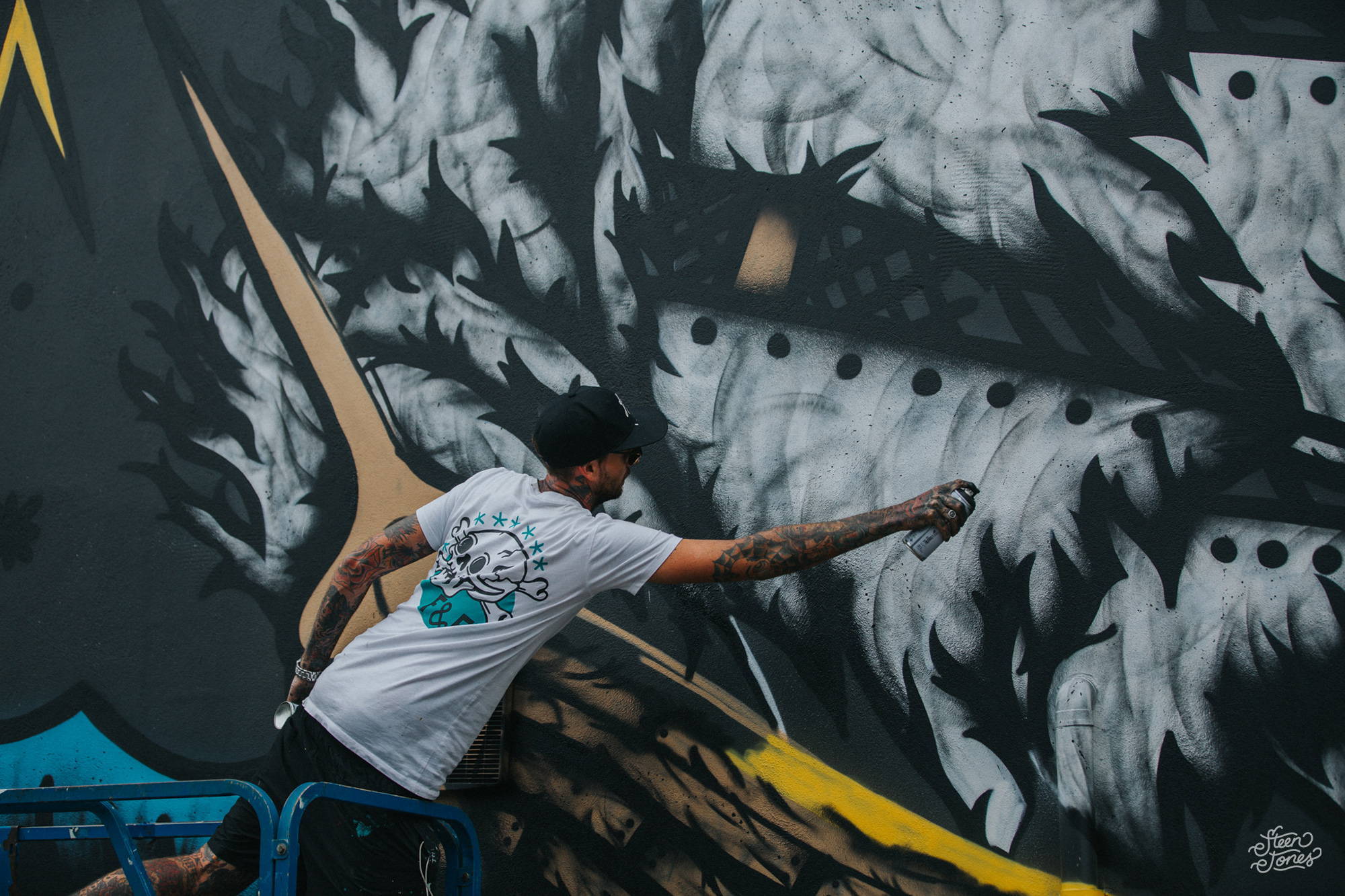 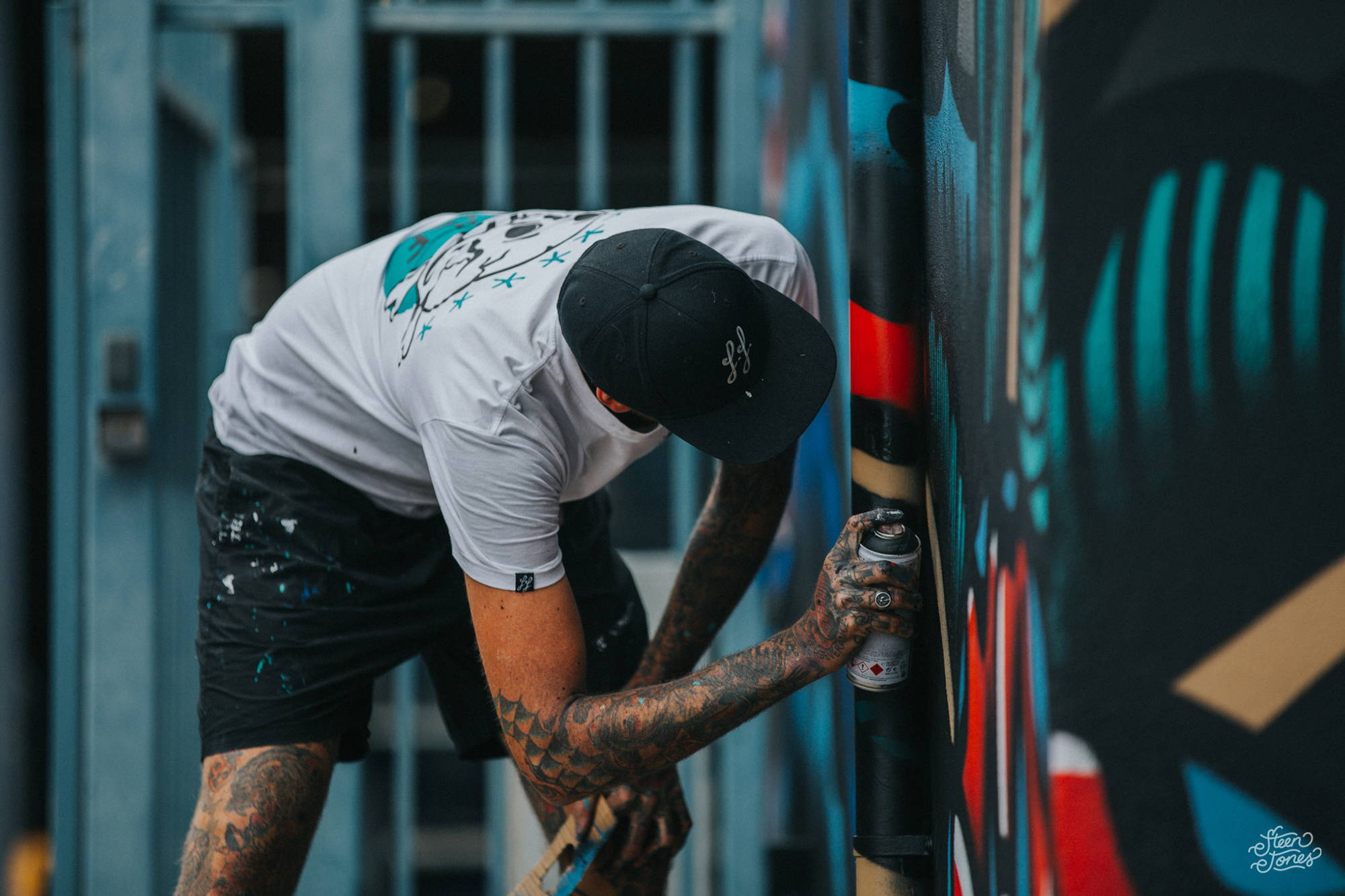 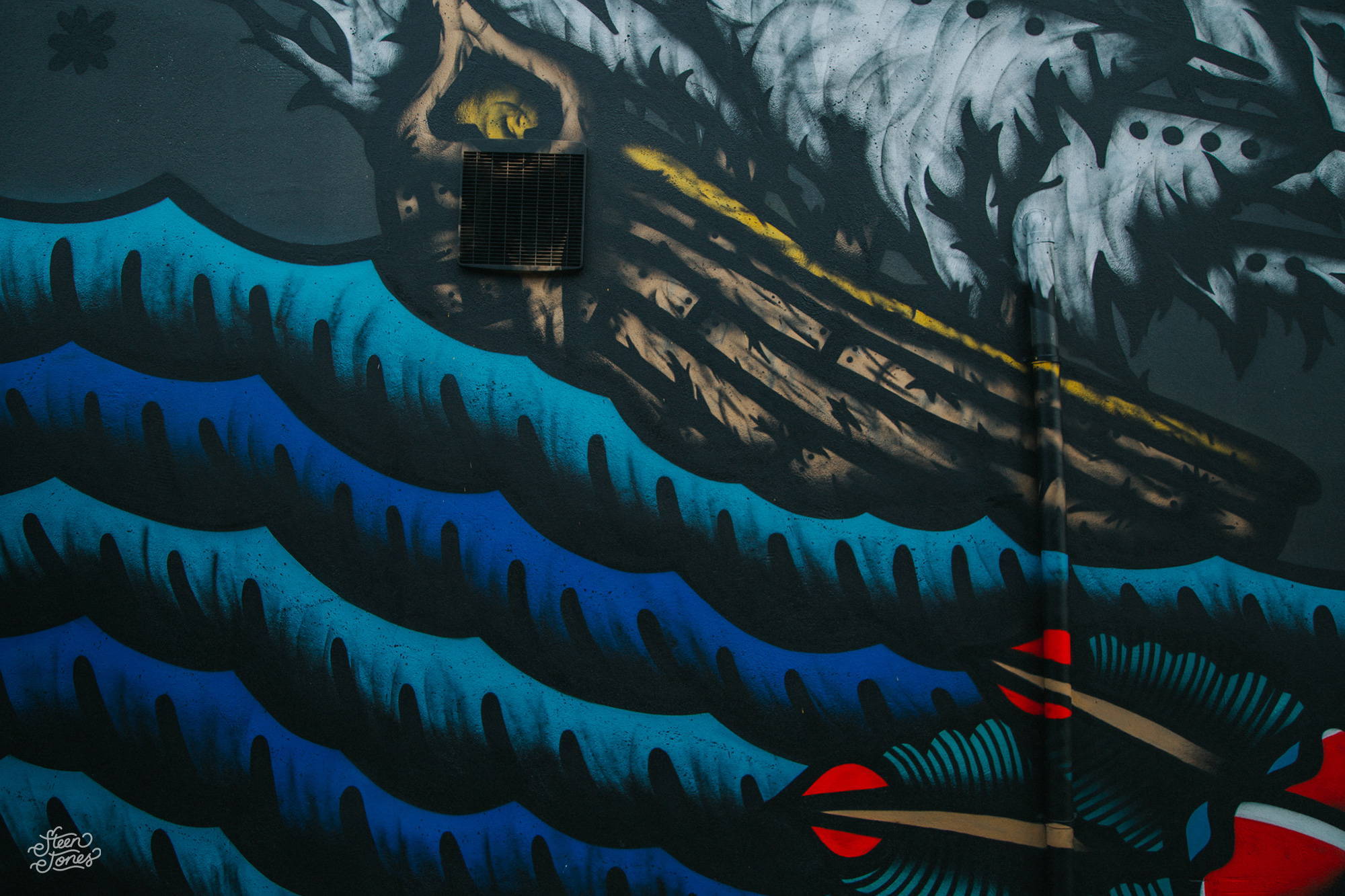 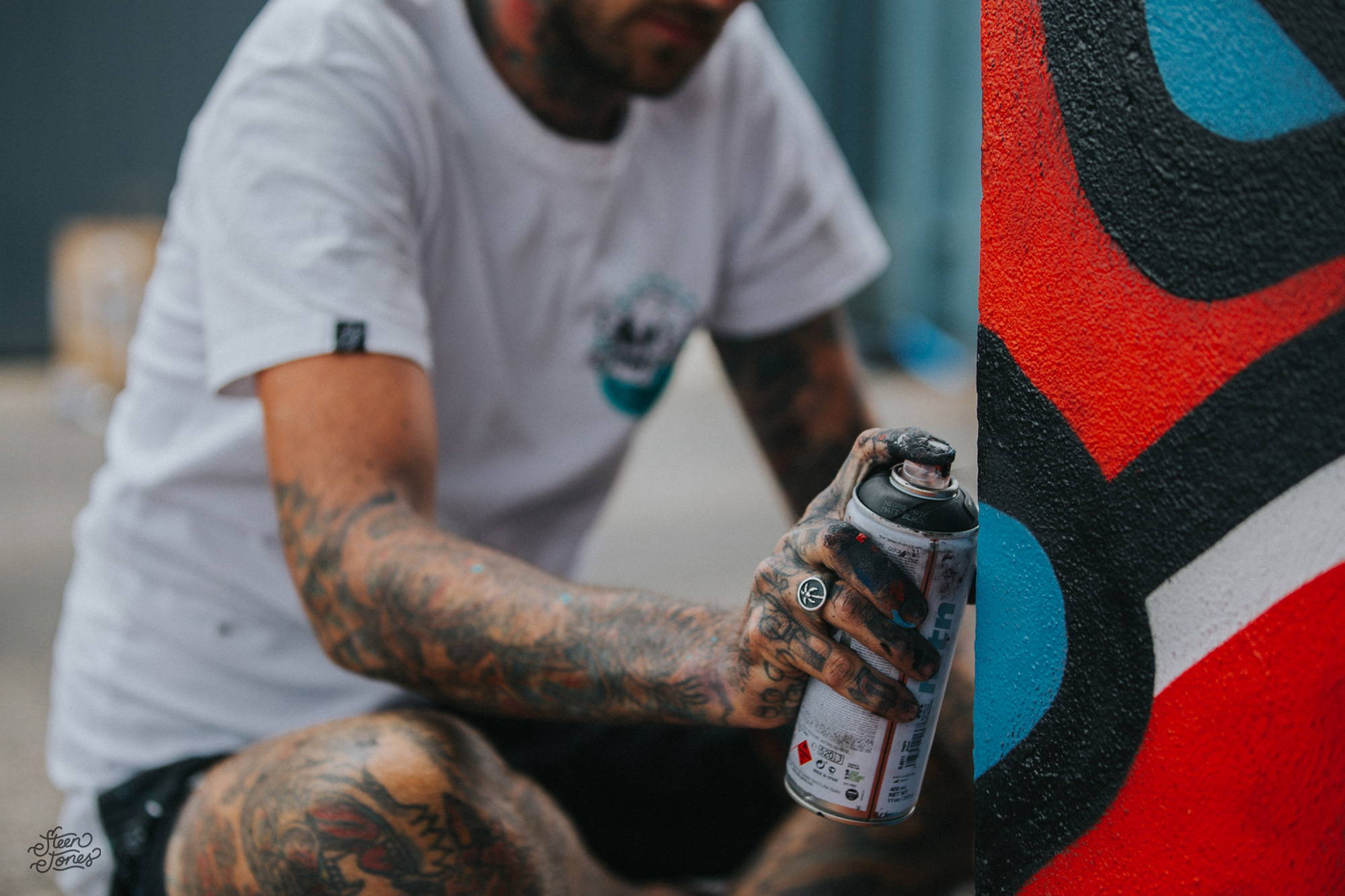 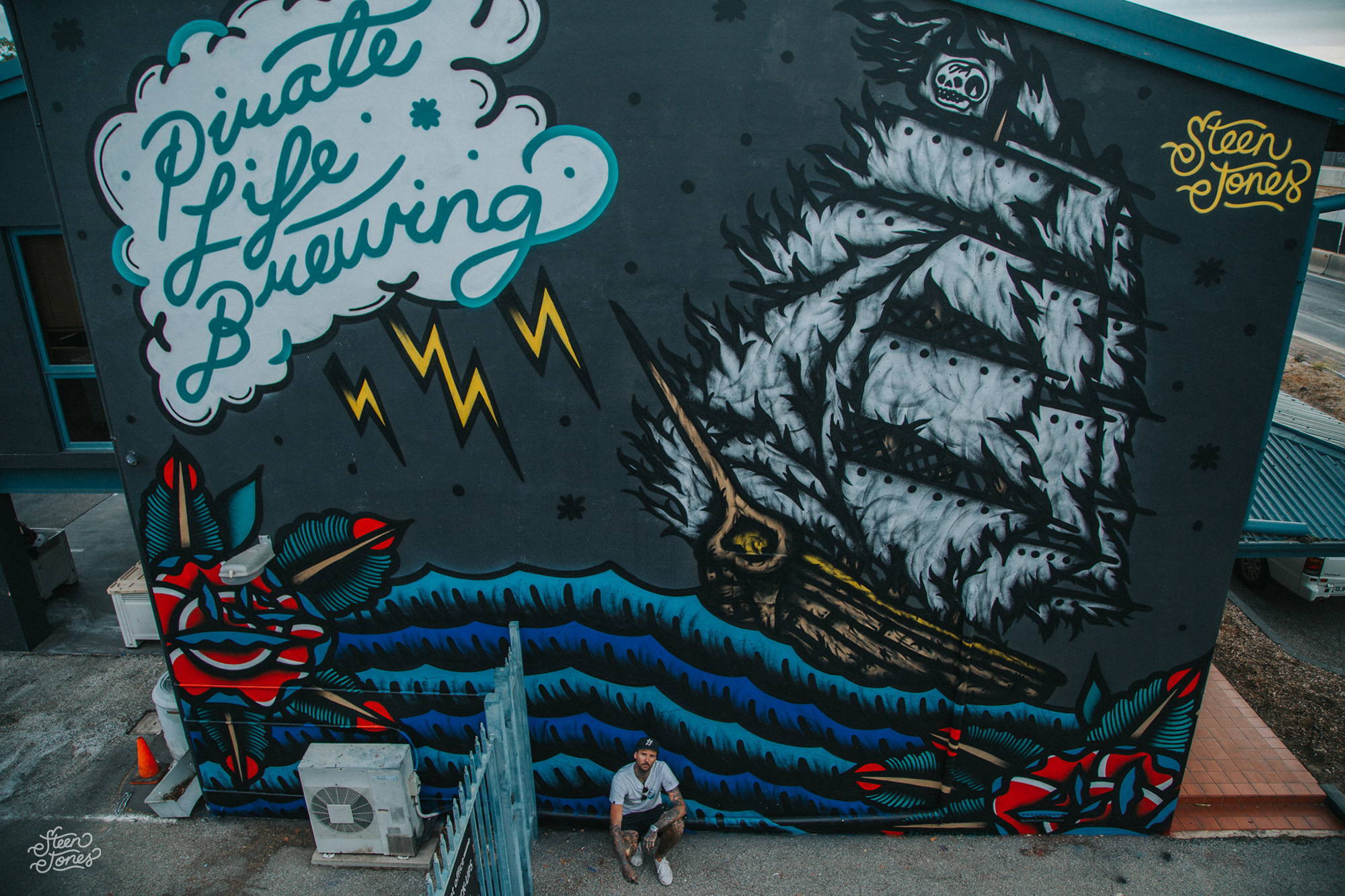 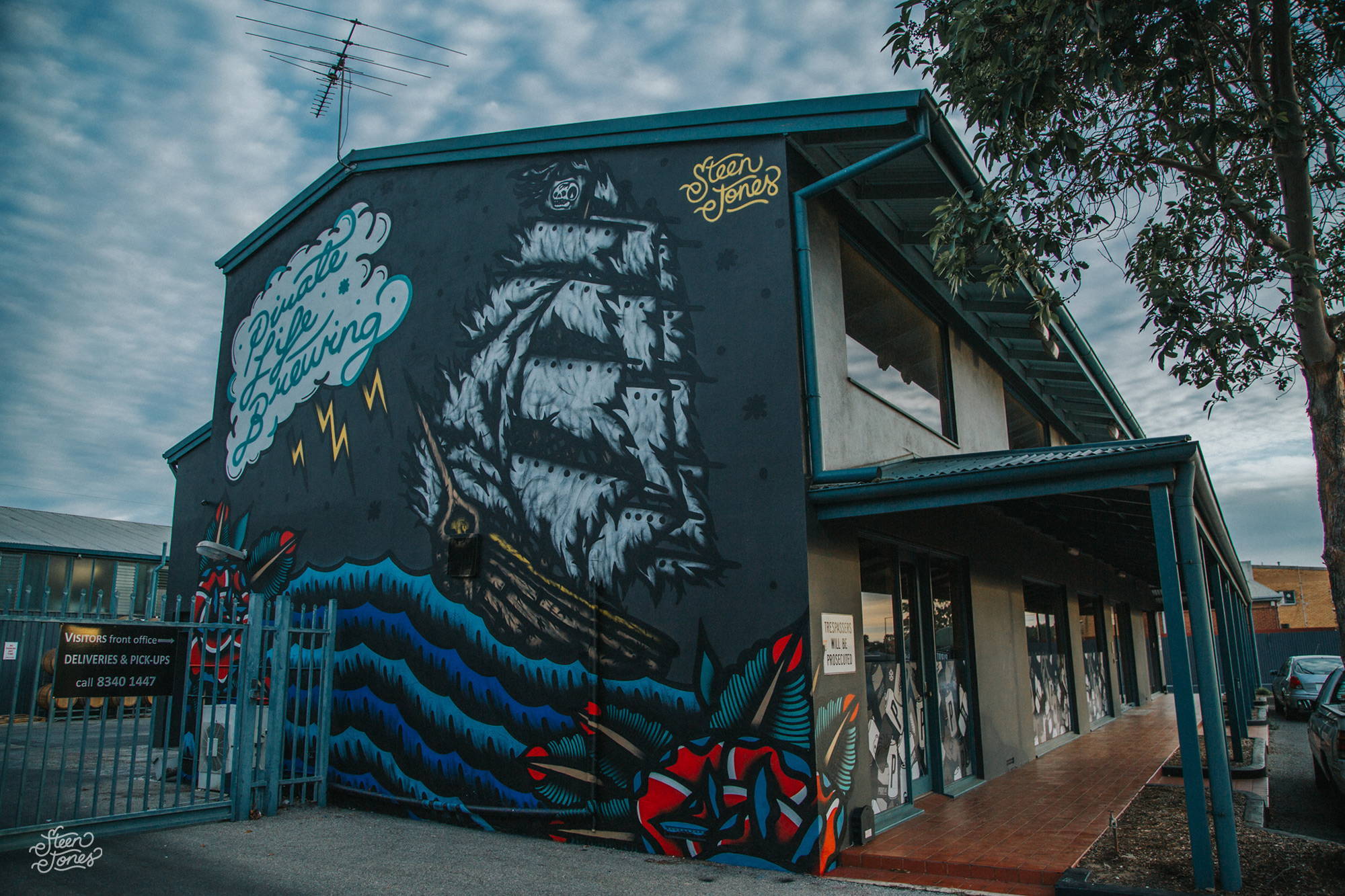 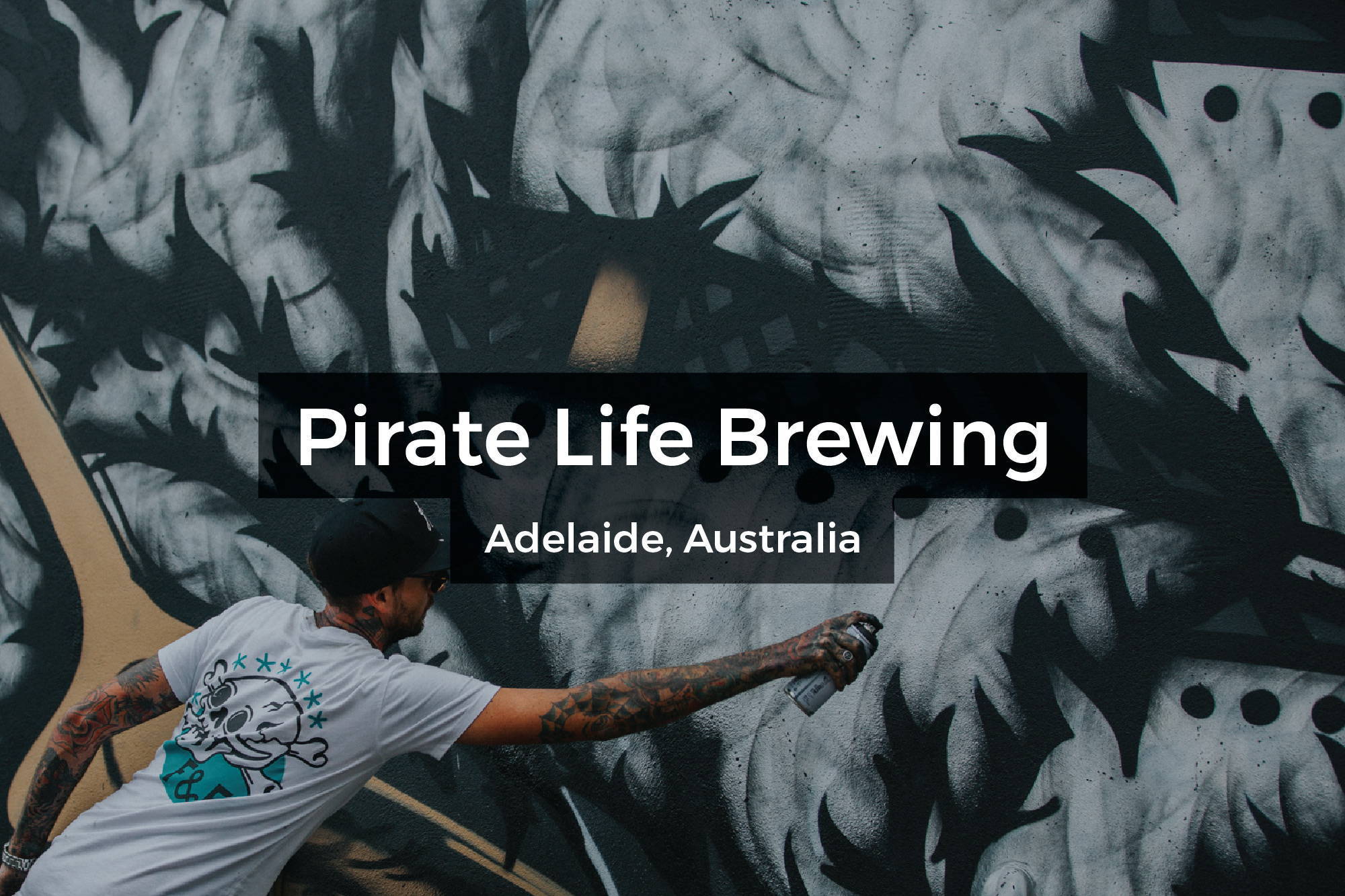 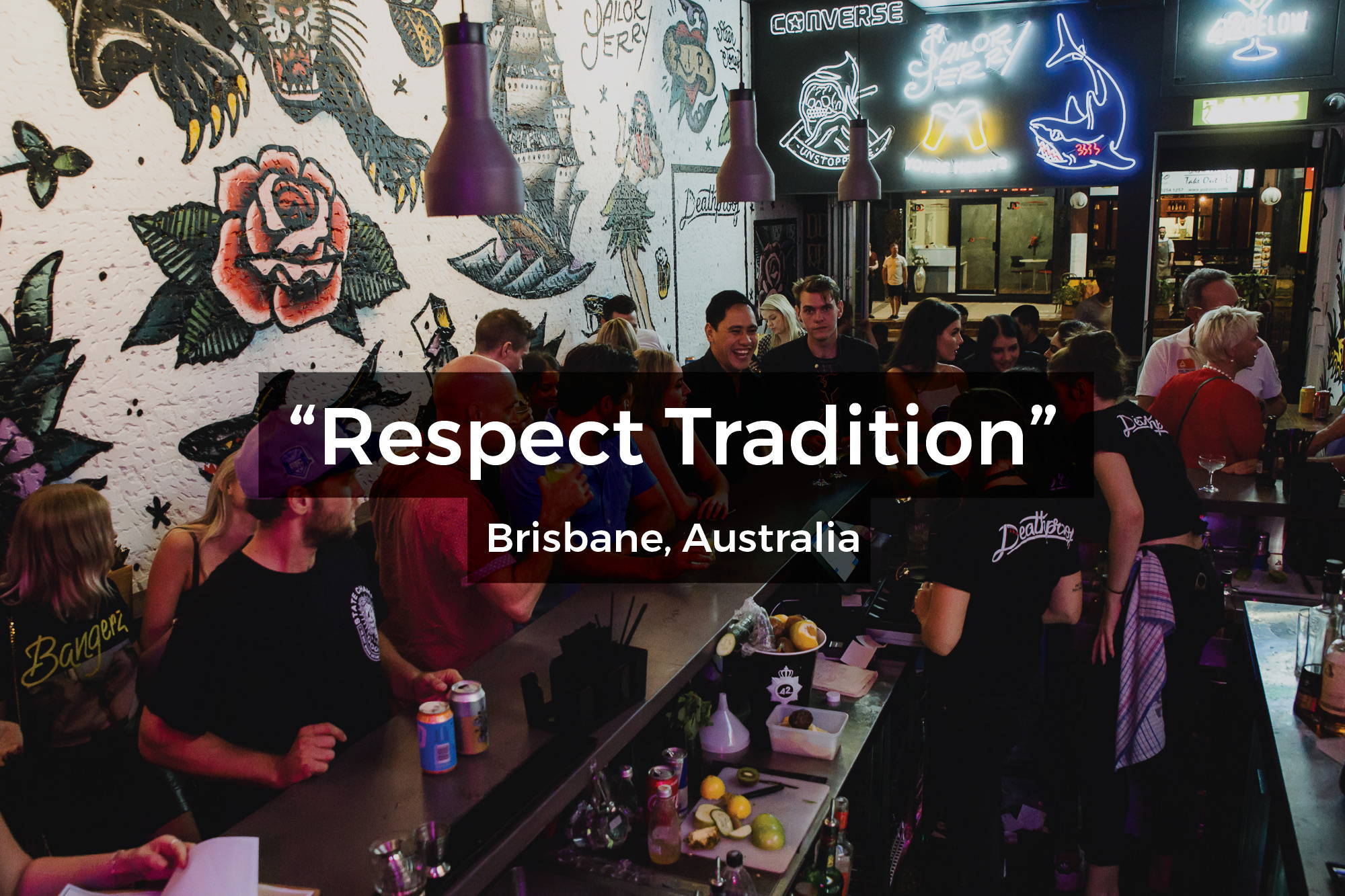 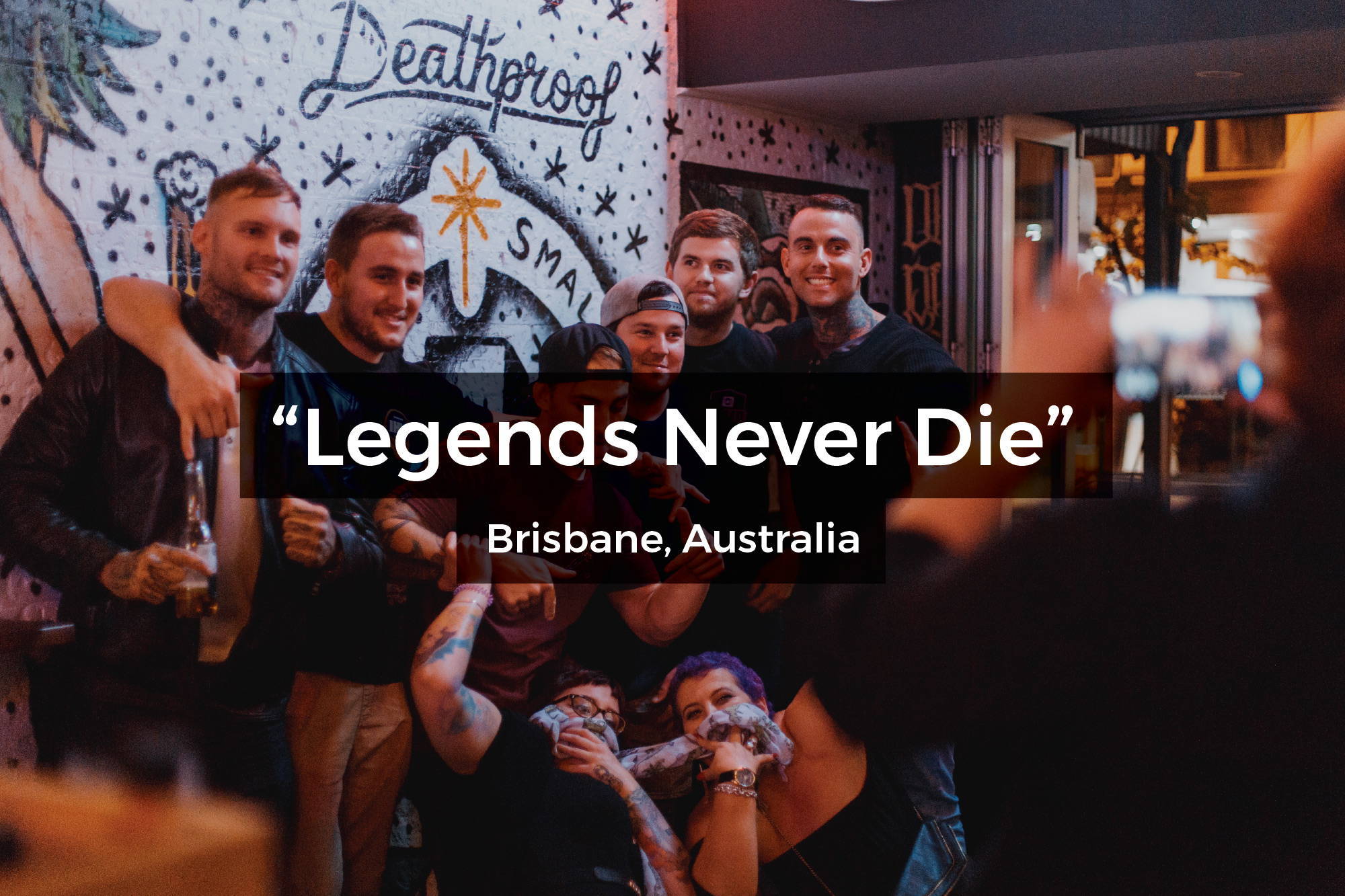